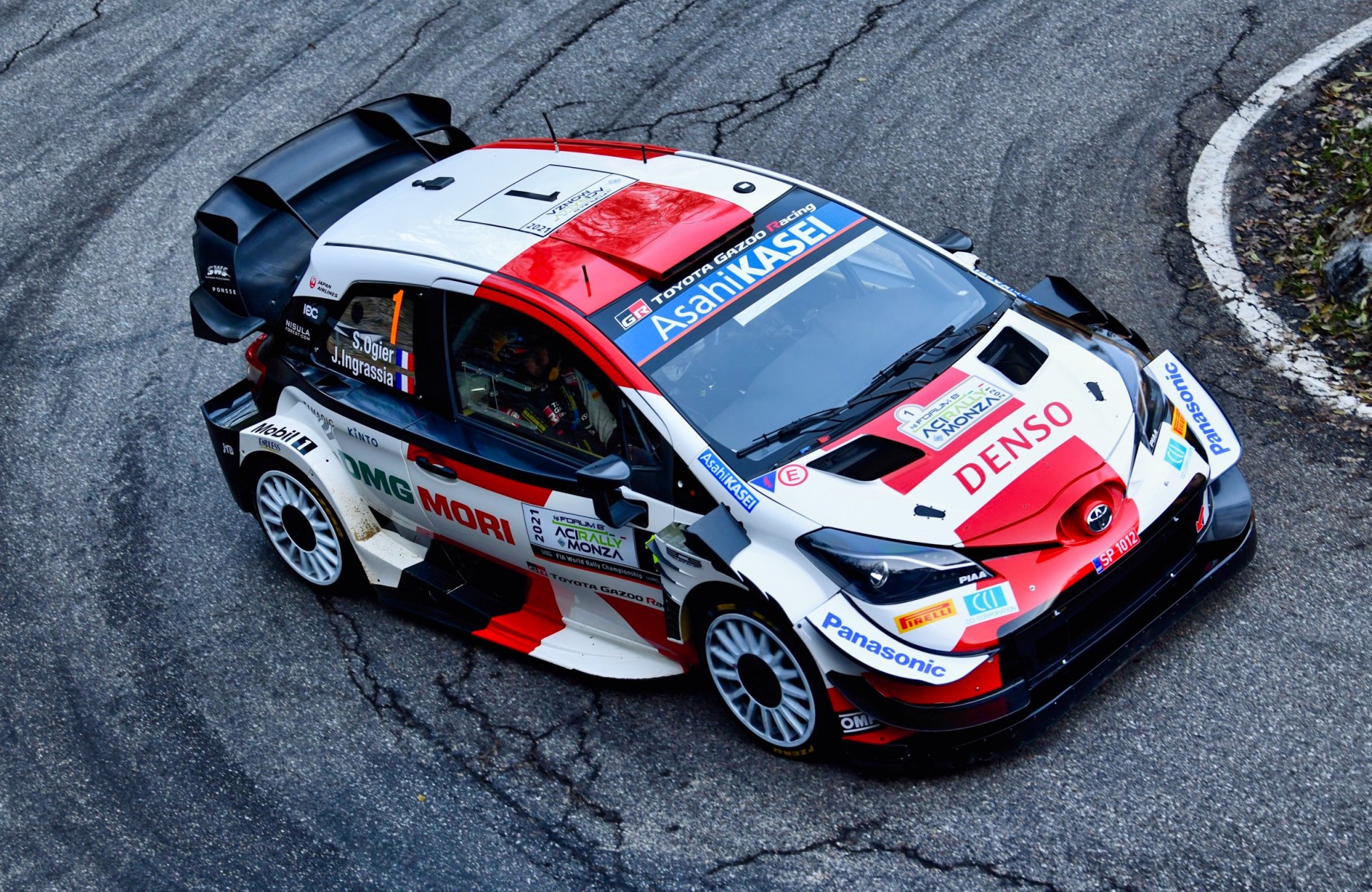 Milan, November 20, 2021 – Just three stages and 42 competitive kilometres remain of the Monza Rally, the final round of the 2021 World Rally Championship, as Toyota driver Sebastien Ogier fought hard against his team mate Elfyn Evans. The battling title contenders are now separated from third-placed Dani Sordo’s Hyundai by nearly half a minute, having pushed their cars and tyres to the maximum. Once more, the new hard compound P Zero RA WRC HA – nominated as the main choice for Rally Monza – was the tyre to have today, delivering faultless performance as the pace increased over Saturday’s six stages.
The soft compound was used by M-Sport’s Gus Greensmith during the afternoon, as well as by Toyota’s Kalle Rovanpera for the final circuit stage in the evening, run in much colder weather. Ogier took both the hard and the soft compound in a cross pattern for the final stage, grabbing the lead back by half a second after starting the test with a 0.3-second deficit.
On the mountain stages, with no service in between, Ogier held the upper hand to move into the lead this morning. Evans then regained the advantage over the afternoon and the first of the circuit stages – named ‘Sottozero’ after Pirelli’s snow and ice tyre – but there was little to choose between them.
TThose snow tyres weren’t needed today in the bright but cool conditions, however grip remained at a premium on the greasy roads and variable asphalt of Monza. The new P Zero hard compound managed this challenge perfectly, providing an optimal compromise between performance and durability.

Terenzio Testoni, rally activity manager: “The tyres performed perfectly today, despite the demands placed on them by the drivers at the front, who were pushing to the maximum to take the rally lead and fight for the championship. Once again, we saw a massive variability in the driving conditions and surfaces today, but the P Zero RA WRC HA was able to cope with all these circumstances, which is why it was once more the predominant choice. The mountain stages were dry and the most abrasive of the rally today, which provided an even bigger test for the compound. On the final circuit stage, which was held in colder weather, we saw some variations in strategy as a few drivers also chose the soft. There were no issues of any sort today, with all the drivers reporting that they were very satisfied with the performance of our latest P Zero.”