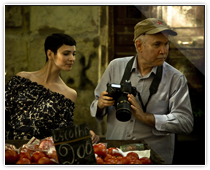 The Pirelli 2013 Calendar changes image with the evocative photography of Steve McCurry the photographer who has had won various awards for his coverage of war zones such as Afghanistan, Iran-Iraq, Beirut and Cambodia. The 62-year old brings a new slant to the Pirelli Calendar, with the spotlight on provocative and ethereal feminine figures: no nudes, or even costume-adorned women. The aim as McCurry himself commented was, “to depict women who are sensual without being naked”. . 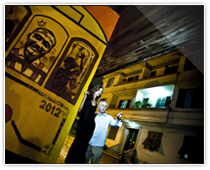 Without forgetting to mention that the cast includes 11 women involved in non-government charitable foundations and humanitarian projects. From Petra Nemcova, who created the Happy Hearts Fund to help young victims of natural disasters to Isabeli Fontana who supports amfAR in the fight against AIDS and Adriana Lima, who works with the Caminhos da Luz orphanage in Salvador de Bahia. Then there is Sonia Braga with her Hispanic Foundation for the Arts, as well as Hana Ben Abdesselem who works with the Esmaani organisation for the advancement of social right in Tunisia. In the background, the historical quarters of Rio, symbolic city for an emerging country such as Brazil.