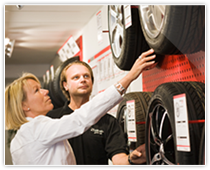 of 100% of the capital of the Swedish multi-brand distribution chain Däckia Holding AB, is a further step in strengthening Pirelli's position in the growing high-end markets. Thanks to the 70 million euro operation, Pirelli can count on a distribution platform to accelerate its penetration in Nordic countries, natural target markets for high-quality, high-performance winter tyres. In Sweden, more than 60% of the 4.4 million tyres sold in 2011 were winter models, a segment that has grown by almost 5% relative to a domestic market that has remained stable overall. Demand will be met by tyres produced in the factories acquired in Russia, in particular that in Voronezh, specialised in high-end production. 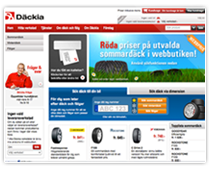 A distribution chain with turnover of 900 million kronor, equivalent to around 100 million euro, derived from 66 direct sales points, now enters the Pirelli galaxy. This will also include around 50 distribution partners to establish a commercial network across the entire country. Pirelli's aim is to become the main supplier of Däckia, one of the leading chains in the country's tyres sector with a retail market share of 13%.