Pirelli and the two-wheel competition for the 2015 racing season

World Superbike, Endurance and Motocross Championships, AMA Supercross and British Superbike among the major series in which the Italian tyre company participates

In Superbike the record of the longest running control tyre in motorsport history at international level with the supply of all classes, running continuously for 12 years

A few hours before the start of the Formula One season in which Pirelli is Official Tyre Supplier, the Italian tyre company held in Melbourne, Australia, a Motosport press conference to tell its commitment in four and two wheel racing activity and to illustrate the international and national competitions which will participate in the 2015 season. Regarding the motorcycle competition Pirelli also in 2015 is engaged in various international and national championships both on track and off road, reflecting the strong sporting DNA that historically characterises the Italian tyre brand. In two wheel competition Pirelli’s season kicked off on January 3 in Anaheim, United States, with the first event on the calendar of the Monster Energy AMA Supercross a FIM World Championship, to continue over the weekend of February 20 to 22 with the season debut at Phillip Island, Australia, of the eni FIM Superbike World Championship and then the first two rounds of the FIM Motocross World Championship in Qatar on February 28 and in Thailand last weekend. 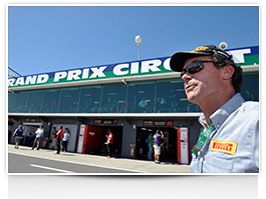 This year, the Italian tyre company will follow, in some cases as Sole Official Tyre Supplier and others in open tyre competition, some of the most relevant motorcycle events at international and national level. These include the eni FIM Superbike World Championship, the FIM Motocross World Championship, the FIM Endurance World Championship, the Monster Energy AMA Supercross an FIM World Championship, the MCE British Superbike Championship, the Italian Championship, the IDM German Championship and the French Superbike Championship, to name a few. The strong commitment of the brand in the International and local competitions cannot be justified only by the important results in terms of media exposure and brand awareness increase but also from the technological point of view: for Pirelli competitions are in fact an open-air laboratory for developing and testing its tyres with some of the best riders in circulation, the same ones that are then put on the market and made available to all riders in the world. Eni FIM Superbike World Championship The eni FIM Superbike World Championship is the most important example of how racing activity represents the Italian tyre brand a privileged platform for research and development. Pirelli is the Sole Official Tyre Supplier for all classes of the eni FIM Superbike World Championship since 2004 and, thanks to the renewal agreement signed last September with Dorna, the promoter of the Championship, it will be until 2018. Pirelli has been present in factory derivative racing right from the start of the Championship at the end of the 1980s but with the 2015 season it will be 12 consecutive years that the Milanese company has been sole supplier of tyres This is a unique situation which gives the brand the record of longest running, and consequently the most successful, control-tyre supplier in the history of motorsports at the international level. This was made possible thanks first of all to the collaborative and constructive approach that Pirelli has always had with Dorna, the International Motorcycling Federation, and with all the teams and riders, but also because of the constant development work carried out during these years. Unlike other championships in which prototype tyres are used, since the beginning the philosophy of Pirelli has been to design, with the help of riders, racing products which could also be used by all motorcyclists. Hence the now famous motto "We sell what we race, we race what we sell" and the birth of the DIABLO™ range with historic tyres as the DIABLO™ Superbike, used in the premier class, and the DIABLO™ Supercorsa SC, used in Supersport, Superstock 1000, Superstock 600 and European Junior Cup, which have for years been the undisputed market leaders. 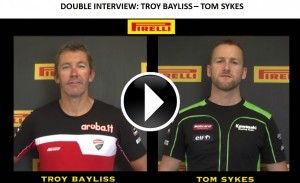 FIM Motocross World Championship From the track to off road, the dedication and the working methods of Pirelli do not change: the Italian tyre company is one of the Official Supplier of tyres for the FIM Motocross World Championship, promoted by Youthstream, and can boast a record of 62 world titles. These have been obtained with strictly standard products on sale on the market, those of the line SCORPION MX™ which include the winning SCORPION™ MX32™, which over the years have been able to outperform other competitors and are most appreciated by the off-road enthusiast riders. Also this year the SCORPION™ MX tyres will support many of the participant riders including the 8 times World Champion Tony Cairoli, two-time MX2 champion Jeffrey Herlings, besides Clement Desalle, Jordi Tixier, Tommy Searle, Jeremy Van Horebeek and many others. The international successes have traced the trail for local victories, like that of Matt Moss that on Pirelli tyres for two consecutive years won the Australian Motocross MX1 Championship. 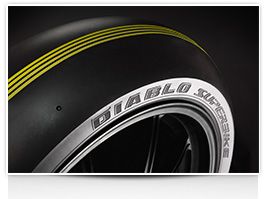 FIM Endurance World Championship Also this year, Pirelli will take part in the FIM Endurance World Championship, which kicks off on April 18 in France at the historic circuit of Magny-Cours, which will host the 24 Hours of Le Mans Moto, which was won by the Italian tyre company four times in the last five years. On July 26 will be the turn of the 8 Hours of Suzuka, Japan, while on August 22 the appointment is with the 8 Hours of Oscherleben, Germany. To close the Championship on 19-20 September will be the 24 Hours of Bol D'Or, which Pirelli has ruled without interruption in the last three editions and which this year will take place on the fascinating circuit Paul Ricard in Le Castellet, France . Pirelli will support both Kawasaki SRC and Monster Energy Yamaha YART-- Yamaha Austria Racing Team. Monster Energy AMA Supercross an FIM World Championship Pirelli is also the official "Motorcycle tire" sponsor for 2014-2016 of the Monster Energy AMA Supercross, a FIM World Championship as well as the official tyre supplier for the riders Chad Reed, Andrew Short, Justin Barcia, Joshua Grant, Weston Peick, Brett Metcalfe and Phillip Nicoletti. In the discipline of Supercross, in the last two seasons Pirelli also won the Australian Supercross Championship with Motul Suzuki rider, Matt Moss. Pirelli control tyre national championships There are many activities, both control tyre and open tyre, that see Pirelli also involved at the local level. First, the MCE British Superbike Championship of which Pirelli is Sole Tyre Supplier for all classes since 2008, Ducati 848 TriOptions Cup included. The riders of the British National Championship will be on track for the first round at DoningtonPark on 4-6 April. Pirelli is confirmed in the role of Sole Tyre Supplier also in the Supersport class of the Italian Championship (CIV), in the Pirelli Superbike 600 of the French Superbike, in the Brasilian Superbike Series, South African Stock Cup 1000, in the Superbike Series of Malaysia and Philippines, the R125 Cup in Holland and the 250 Taiwanese Cup, just to name a few. 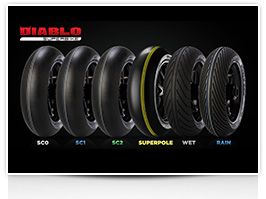 Open tyre national championships The Italian tyre company is not afraid of the competitors and over the years has also been successful in ‘open’ tyre national championships. Among the main local competitions in which it participates are the IDM (German National Championship), the France Superbike FSBK (French National Championship), the CIV (Italian Championship) in addition to the Belgian, Czech, Polish, Austrian, Cypriot, Finnish, Dutch, Spanish, Bulgarian, Romanian, Serbian and New Zealand championships. Pirelli is also present in the Alpe Adria and the East European Championships. Pirelli has won 24 titles in total last season in open tyre national championships in Superbike, Supersport and Superstock classes. European pedigree but with an eye toward the east Pirelli is an Italian brand with strong roots in Europe but it has always pursued a policy of growth and development at the international level that has led it to be present in 160 countries in the world with nearly 40,000 employees. With this in mind, and considering the international economic scenario, the Asia Pacific area has become for the Italian tyre company more and more an important market. This explains why, with regard to moto activity, the presence in the local racing activities is more important than ever: in addition to the aforementioned Australian Championships SX1 Supercross and MX1 Motocross that Pirelli dominated for two consecutive years, Pirelli will still be engaged as Official Unique Supplier for the Superbike Series in Malaysia and the Philippines. Not only that, thanks to the constant dialogue with Dorna, for the second year, the brand will be the Main Event Sponsor of the Malaysian round of the eni FIM Superbike World Championship and for the first time the Championship will arrive in Thailand, the country where Pirelli will race also with the FIM Motocross World Championship. In Japan Pirelli will create the Pirelli Cup 600 Challenge Series to promote the growth of the young talents of the Japanese motorcycling. Even from a commercial and distribution point of view, after the opening in 2012 of a plant for the production of motorcycle tyres in China, in the industrial district of Yanzhou, Pirelli during the year will usher in Indonesia, following an agreement signed in Jakarta with the company Pt Astra Otoparts, its fourth factory for motorcycle tyres. The new plant at full capacity, expected in 2016, will contribute with worldwide motorcycle tyre production of Pirelli with about 7 million pieces. Giorgio Barbier, Pirelli Moto Racing Activities Director "Our philosophy has always been to work constructively with both the promoters of the championships we take part in as well as the teams and riders. This approach allowed us to be, in some respects, precursors in the two wheels world. Firstly, for instance, we have believed in the formula of the control tyre as we first adopted in competition 17-inch tyres instead of the more common 16.5 inch ones, to remain faithful to our selling proposition, which considers also in the competitions the use of standard tyres purchasable by any motorcyclist in the market. Again for the approach and involvement of the end user, this year on over half of the Superbike World Championship circuits we will organize the Pirelli SBK Track Days which are track days for riders who love our brand that will take place the following Monday after the Superbike competitions. Riders can choose to feel for a day as the champions of the World in an International motorcycle series and ride in those circuits where every weekend they see their heroes competing. "