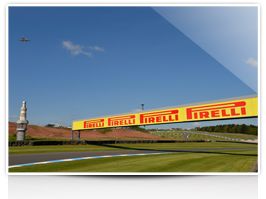 After the Malaysian Round, the MOTUL FIM Superbike World Championship returns to Europe for the 7th round of the 2016 season, which is scheduled from May, 27th to May 29th at Donington Park Circuit. The track will host the production derived series for the twenty-fourth time in its history. The traditional round with this British circuit represents this year an important turning point, as it opens the second half of the current season which is so far hard fought in all categories, and particularly in WorldSBK, where three British riders fill the first three positions of the Championship and they are challenging for the final victory. Northern Ireland’s Jonathan Rea (Kawasaki Racing Team) is leading the MOTUL FIM World Superbike Championship with 257 points: the reigning World Champion has won five races out of 12 and has never missed a visit to the podium from the beginning of the 2016 season. Behind him the other two contenders for the title: in second place, only 42 points from Rea, the Welshman Chaz Davies (Aruba.it Racing - Ducati), ahead of the other Kawasaki rider Tom Sykes. Tom won Race 1 in Malaysia and he’s currently third in the World Championship with 187 points. Kawasaki also leads the Manufacturers Championship with 271 points, ahead of Ducati (232 points) and Honda (167 points). Kawasaki green currently also dominates the WorldSSP standings, thanks to Kenan Sofuoglu (Kawasaki Puccetti Racing): the Turk, who won the Championship four times, is leading the series  with 96 points, with a 17 point lead over his teammate Randy Krummenacher, and 29 points ahead of Jules Cluzel (MV Agusta Reparto Corse). To complete this round at Donington Park there will be also the return of the Superstock 1000 FIM CUP, led by Leandro Mercado and Raffaele De Rosa with 57 points each, and the WIL Sports European Junior Cup. Donington Park is located in the East Midlands, not far from Nottingham and the famous Sherwood Forest: it was opened in 1933 and its use was converted during World War II, as it hosted a military vehicle depot until 1955. Recovered in 1971 after nearly two decades of neglect and abandonment, it is known in the UK as The Heart of British Motorcycling. Donington Park provides a mixed track although quite fast with many changes of elevation and some sharp corners: these features require heavy braking and sudden acceleration (as the Melbourne Hairpin), which put enormous strains on the tyres. . 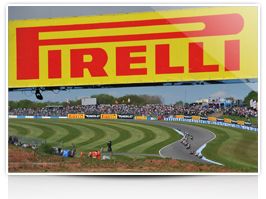 On the straight stretch coming out of turn 8, the famous Coppice, the highest acceleration coming out of a corner is reached. The most spectacular section of the circuit is composed by the two turns, Old Hairpin and McLeans Corner, which break up the straight opposite the finish: both appear tight like a hairpin, but fast as a bend, with speeds above 100 km/h. Donington Park is not a circuit that gives particularly high speeds, the maximum speed is just over 270 km/h, and the average speed settles down to 160 km/h. Here the tyres are usually found to work with low surface temperatures. In order to address better the typical English weather conditions, Pirelli makes available for this event almost its entire range of solutions and compounds. The keyword for the tyre choice to deal with this track is flexibility: the tyres here should achieve the 55° lean and lateral acceleration, despite their working temperature being not particularly high. Donington Park circuit requires front tyres to maintain their shape and ensure front-end stability, particularly in the first part of the track: that is why in 2015 Superbike riders which is why in 2015 the Superbike riders had chosen between two different SC1 development compounds, protected from both wear risk and the occurrence of cold tearing, or the SC2 range, which offers good support. Rear tyres are stressed by sudden and violent typical Donington Park acceleration: despite the low temperatures, in 2015 the entire WorldSBK grid opted for the SC0 tyre, the softer solution available. This proved to be the ideal one for the smooth asphalt of Donington, while avoiding a performance decline despite the not reaching the optimal temperature for the use of a soft solution. The solutions for Superbike and Supersport classes Pirelli will bring to Donington Park a total of 4356 tyres overall for the turning point of the 2016 MOTUL FIM World Superbike Championship season. In UK all the Championship classes will come back on track, thus the Superstock 1000 FIM Cup and the WIL Sports European Junior Cup. As usual, in addition to dry tyres Pirelli provides for all classes also wet tyres DIABLO™ RAIN and intermediate tyres DIABLO™ WET. Of the many tyres brought by Pirelli at Donington Park, 1,824 will be for WorldSBK. Besides the above mentioned wet and rain solutions, there will be seven dry options, four for the front and three for the rear. As regards the front, there will be available all the range solutions, in additions to the developing solution S1699 of the SC1 compound, which was widely used and appreciated by the riders in the early rounds of this season as well as being the most used front option in 2015. The standard solutions available are from the SC1 (soft) to the SC2 (medium) until the SC3 one, the new hardest DIABLO™ Pirelli Superbike range which appeared in both Assen and Imola rounds, was the most used front solution. The latter option offers also a particularly abrasive-resistant compound, and that’s why it was used also in Sepang, due to its new asphalt. For the rear there are two standard solutions and one new development one. The SC0, which is the softer standard solution, will be joined by the standard SC1, which is more resistant to low temperatures typical of Donington Park. If the weather is mild it will be possible to use softer solutions: for this reason Pirelli brings to Donington a new soft development solution, the V0377, which uses the same compound of the standard SC0 one, with different structural devices that should offer a better grip level and a higher stability. 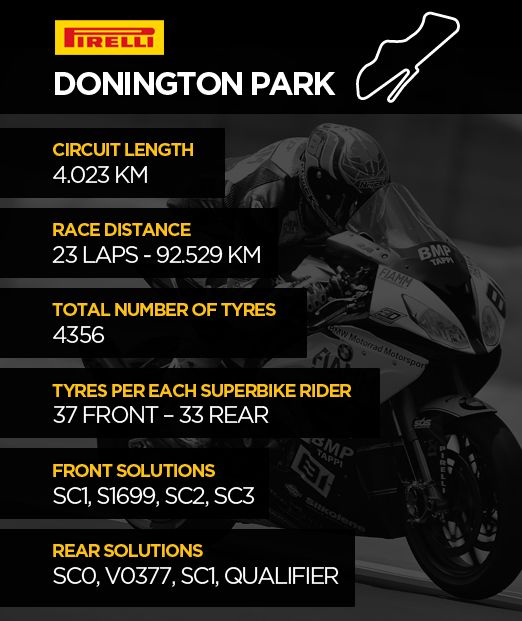