The greatest Championship for production derived machines celebrates its 25th anniversary since its debut on the French circuit: the Italian tyre manufacturer seeks confirmation of its latest development solutions, introduced in the last rounds 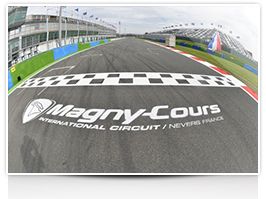 The MOTUL FIM World Superbike Championship makes a stop at the French circuit of Magny-Cours, in Burgundy, for the 11th round out of thirteen of the 2016 Calendar. Attending the Circuit de Nevers is a traditional event for the production derived machine series, here for the fifteenth time in its history. Designed in 1960 by the-then-Major Jean Bernigaud, the circuit was opened in March 1961 with a two kilometre long layout designed specifically for two and four wheels: the structure included a go-kart track and an off road dedicated area. In 1966 some extension work in the existing structure led to the construction of the famous Stévenot-Routier bridge, which gave access to the circuit. One of the peculiarities of Magny-Cours old circuit was in fact the access from the main street directly… onto the track. Nevers multifunctional complex evolved again during the Eighties, changing several times and adapting itself to the demanding standards in order to obtain the certifications required to host prestigious championships such as F1®. The latest configuration of the Burgundian circuit, still used by the FIM World Superbike Championship, is dating back to 2003, with the change of the two sectors called Château d’Eau and Lycée. Currently it has a length equal to 4411 metres, with a straight of 250 metres, a maximum uphill slope of 2.38% and downhill of 2.68%. The minimum corner radius is 5 metres, while the maximum reaches 474.45 metres. 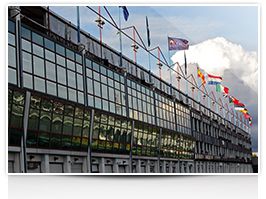 FIM World Superbike Championship made its debut at Magny-Cours in 1991 with Doug Polen’s double on his Ducati: the 2016 edition will be the fourteenth consecutive since, as the Burgundian circuit is a “classic” of the calendar since 2003. Last year Jonathan Rea signed off a splendid double in France. Riders of the Superbike class attend the start of the third from last round of the 2016 Championship with Jonathan Rea (Kawasaki Racing Team) on top of the Classification with 393 points and a lead of 47 points over teammate Tom Sykes. The Aruba.it Racing – Ducati rider Chaz Davies is currently third in the Championship with 295 points. Kawasaki also leads the Manufacturer Championship with 466 points, ahead of Ducati at 367. Third force in the Championship is Honda, with 265 points. Turkish rider Kenan Sofuoglu is leading the Supersport standings and might be able to win his fifth World Title in France, thanks to an advantage of 53 points over Randy Krummenacher, while a fight between Mercado, De Rosa, Calia and Rinaldi is undergoing for the title in Superstock 1000. The solutions for Superbike and Supersport classes Last year Pirelli had to deal with difficult weather conditions, with very low temperatures on the tarmac, plus a wet Race 1 and a dry Race 2. Pirelli has identified four different solutions for the front: in addition to the well-known SC1 development tyres S1699 and U0176, which offer an improved accuracy and greater support in the riding phase, Superbike riders will rely on the SC2 standard tyre, which is a medium solution frequently adopted by riders who have an aggressive riding style, and also the standard SC3 tyre, which was introduced this year thanks to Pirelli’s experience in the Endurance field. For the rear tyre, there will be three solutions available: in addition to the SC0 standard one, which has a smooth compound which improves the tyre print on the tarmac, riders will rely on SC0 with a development tyre; V0377, which use the same compound of the standard version with some structural differences that guarantee higher stability and increased grip. Also at Magny-Cours riders can rely on the SC1 V0007 development tyre, which was introduced at Lausitzring during last race weekend as an alternative of the standard SC1, as well being used with satisfaction by the whole grid for Race 1 at the German circuit. In addition to the intermediate solution DIABLO™ Wet, in case of adverse conditions all Superbike riders will count on two front DIABLO™ Rain solutions, a ‘range’ and a development one, and the range one for the rear. 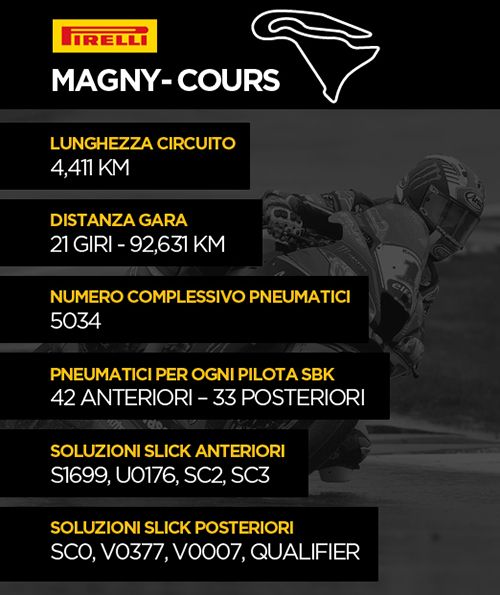 Regarding the Supersport class, Pirelli has outlined three DIABLO™ Supercorsa SC solutions for both the front and rear tyre, which are all available. Up to the front tyre, in addition to SC1 standard – which is both the softest solution available and the ideal one for low temperatures – riders will rely on the SC1 development tyre V0533, which was also available for Lausitzring, which is positioned halfway between SC1 and SC2 standards. This one guarantees higher stability while cornering. The third solution available is the SC2 standard one, with a medium compound. For the rear, in addition to the SC0 standard one, which offers an improved adherence to the tarmac, there will be also a SC1 V0467 development one, a new solution made by Pirelli specifically for riders that will visit the French circuit for the first time, and SC1 V0705 development tyre. The 2015 Pirelli statistics for Magny-Cours