Pirelli backs the restoration on Christ The Redeemer in Rio 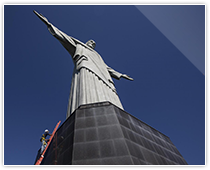 The work on the restoration of the statue of Christ the Redeemer, symbol of Rio de Janeiro, has begun. Pirelli signed an agreement with the archdiocese of the Brazilian metropolis for the restoration and maintenance of the statue, which overlooks the renowned beaches of Rio de Janeiro from the 710-metre Corcovado peak.  In January, Christ the Redeemer was damaged by lightning strikes during a heavy storm, with a finger on the right hand especially hard hit. The restoration is expected to last about four months, but the statue will be still open to visitors throughout the work.  Christ the Redeemer, which is 28 metres high and weighs 700 kg, has been selected through an international survey as one of the New Seven Wonders of the World. Pirelli will invest about 1.9 million reais (around 630,000 euro) for the restoration and will design technological solutions in order to 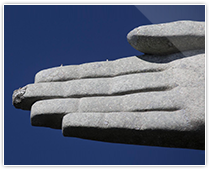 protect the monument.  The official launch of the restoration was given by the Archbishop of Rio, don Orani Tempesta, who blessed the work at the end of a brief ceremony held at the foot of the statue. “In 2014 Pirelli celebrates 85 years in Brazil. Restoring Christ the Redeemer is the best way to thank this country and celebrate this anniversary”, Paolo Dal Pino, Chairman of Pirelli South America said.
Newsroom

Pirelli backs the restoration on Christ The Redeemer in Rio