Pirelli celebrated its 144th birthday on January the 28th 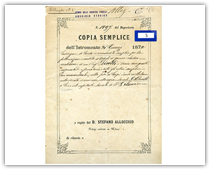 It was the 28th of January 1872 in Milan when Engineer Giovanni Battista Pirelli, together with 24 business partners, appeared before a notary to file his deed, concerning “the establishment of a limited partnership for the manufacture and sale of articles in elastic rubber, G.B Pirelli & C." In late 19th century Italy, there were only few who even knew what elastic rubber was. Pirelli himself had spent months and months travelling across Europe to get an idea of what elastic rubber actually was before embarking on that entrepreneurial adventure. Born in Varenna, on Lake Como, Giovanni Battista Pirelli moved to Milan to attend the special school of civil engineering. In 1870, at the age of 22, he won the “Kramer scholarships”, financed by a countess from Milan, Teresa Berra Kramer, and awarded to the two best graduates from the Polytechnic so that they could study “a new industry or one that was not widespread in Italy” and “complete their theoretical-practical studies through an educational 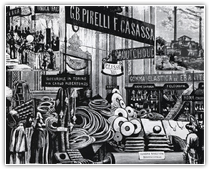 journey abroad”. The young Pirelli thus in a year and a half travelled through Switzerland, Belgium, France and Germany and visited no fewer than 138 plants in the textiles, mechanical, railroad and metallurgical sectors, and just six companies processing rubber. His diary documents his visits to the various sites, the technical characteristics of the machinery used, how production and labour were organised, the types of products and the financing systems, all often accompanied by sketches and drawings. Pirelli returned to Italy with enough information to design the first plant and to become one of Italy’s greatest entrepreneurial success stories.

Pirelli celebrated its 144th birthday on January the 28th
Newsroom