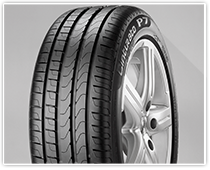 Pirelli confirms itself as one of the leading suppliers of original equipment tyres for the most important car manufacturers, especially in the premium and prestige segments. In the first half of 2015 alone, the Italian company added 200 new homologations to its line-up, including those for some of the most important cars seen at the Frankfurt Motor Show this year, also known as the International Automobil-Ausstellung, or IAA. Pirelli chose the Frankfurt Motor Show to celebrate a landmark 2000 homologations of its premium products. These include a number of cars in the Prestige segment, where Pirelli is market leader, such as the new Bentley Bentayga. In the Premium segment, Pirelli equips models including the Mercedes GLC, BMW X1, BMW 7 Series and Jaguar F-Pace. These important homologations have allowed Pirelli to increase its original equipment leadership at the top end of the market. A particular mention goes to the homologation obtained for the new Alfa Romeo Giulia Quadrifoglio Verde. Pirelli was a key development partner for Alfa Romeo’s new flagship, making its debut at a motor show in Frankfurt. In total, there were 10 months of development at Pirelli’s Vizzola proving ground and the test track at Balocco owned by the Fiat Group, with the aim of making tyres specifically suited to the Quadrifoglio Verde. These tyres can be distinguished by an AR marking on the sidewall. The tyres created by Pirelli’s engineers for Alfa Romeo’s latest model will be available in 245/35ZR19 and 285/30ZR19 sizes, 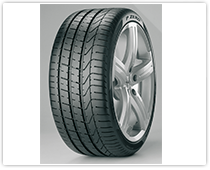 enhancing the new car’s sporting credentials. There are bespoke tyres for Audi models presented in Frankfurt as well: the A4 and A4 Avant. These latest generation saloon and estate cars from the German manufacturer will also wear Pirelli tyres, according to the season. In winter, the cars will be equipped with the Sottozero™ 3. For summer, there is the option of the Cinturato™ P7, or the versatile Cinturato™ P7 ALL SEASON. Once again, these tyres have been especially created for the new car, distinguished by an AO marking on the sidewall – which stands for Audi Original.