Pirelli climb the podium at the Motocross of Nations 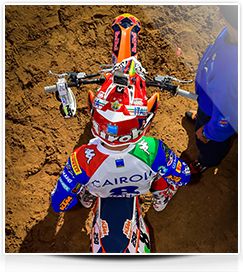 The 2014 international motocross racing season closed its doors with yet more success for Pirelli SCORPION MX32™ tyres thanks to podium presence at the 68th edition of the biggest race of the year, featuring 34 countries and 120 riders. 45 of the athletes chosen to represent their flags used Pirelli products including Australian and former AMA Supercross and Motocross Champion Chad Reed. Kegums is located around fifty kilometres from the capital city of Riga and is characterised by a shallow sandy terrain but with a hard base that meant it was a surface for the SCORPION™ MX MidSoft 32F front and rear but also the MX MidSoft 32 Mud and MidSoft 410 according to personal preference. Victory belonged to Team France for the second time and CLS Kawasaki’s Dylan Ferrandis played an important part by classifying third overall in the MX2 division. The French crew defeated the Belgians by ten points. The 2013 Champions could count on the superb ride and victory (for the first time at the Nations) by Kevin Strijbos, but the Suzuki star was only ninth in the second moto after a crash caused him to lose time. Also part of the Belgian line-up was 2014 MXGP runner-up Jeremy Van Horebeek. Great Britain was unlucky to miss the podium and finished fourth largely thanks to the MX2 category win by Tommy Searle. 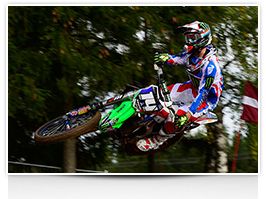 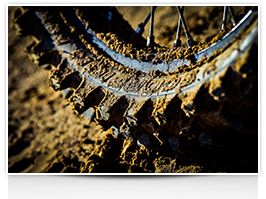 Team Italy could only finish sixth at the end of the day and were hindered by Antonio Cairoli’s fall in the first moto that meant he had to retire with a painful knee. The second moto was a tall order for the MXGP Champion (back on a 250 for the first time since 2008) as he could only ride to 19th. Together with a 7th for Davide Guarneri in the category and 9th for David Philippaerts the Italians were able to beat the Germans by just one point. Final Classification: 1.France 2.Belgium 3.United States 4.Great Britain 5.Germany

Pirelli climb the podium at the Motocross of Nations
Newsroom