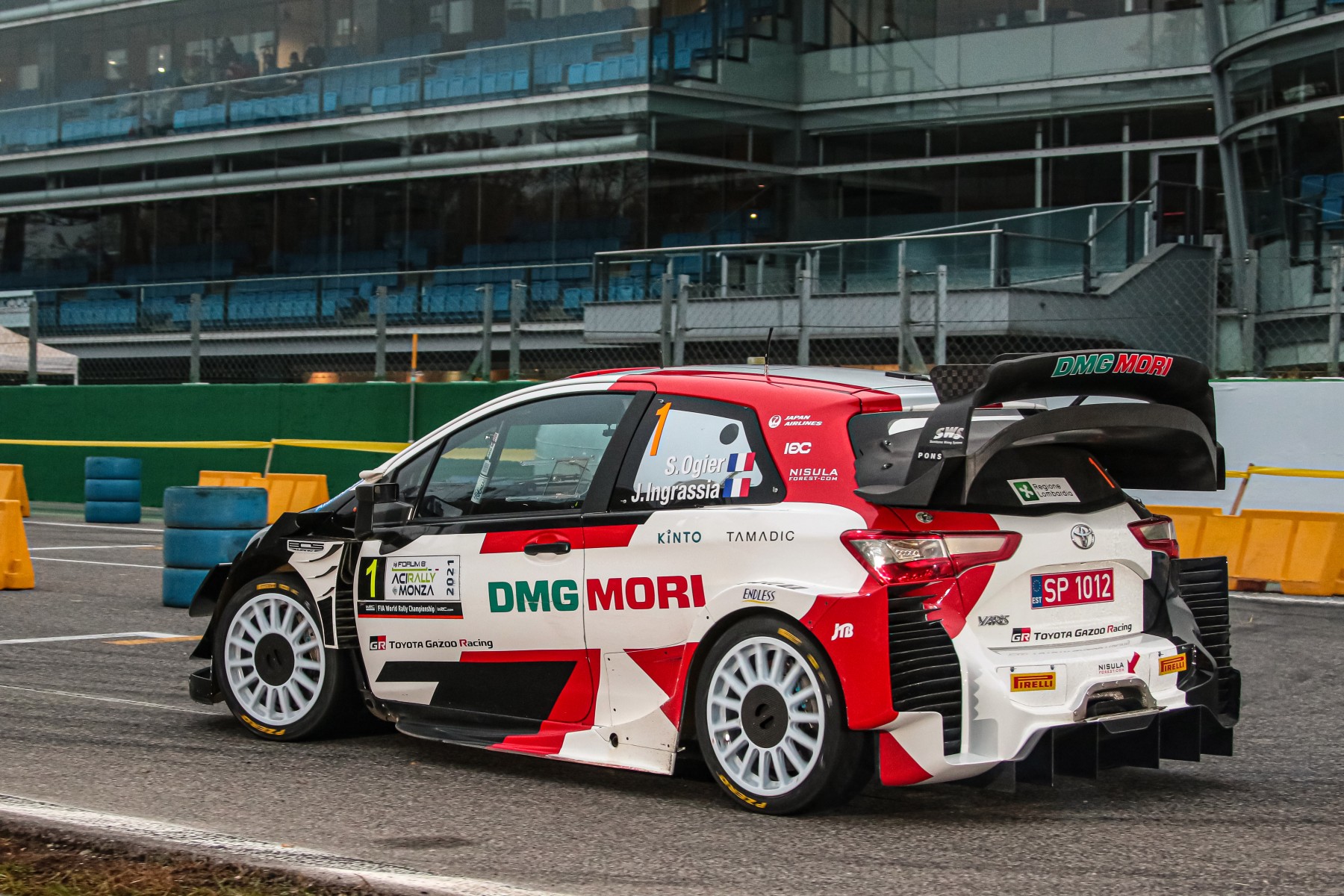 Milan, November 21, 2021 – The first full year of Pirelli’s return to the World Rally Championship as single supplier has concluded with a Rally Monza victory and eighth world drivers’ title for Sebastien Ogier, while his Toyota team has wrapped up its fifth constructors’ world title. It was Ogier’s first world title on Pirelli tyres since he won the Junior World Championship back in 2008, with the Frenchman now planning to scale back his WRC commitments; having today racked up 54 rally wins. Ogier fought hard against his championship rival Elfyn Evans throughout all three days of the season-closing Monza Rally, which took place in the mountains to the north of Milan as well on the famous Monza circuit, with several stages named after Pirelli’s most famous tyres. The Hyundai duo of Dani Sordo and Thierry Neuville were third and fourth, while Oliver Solberg (the son of Pirelli’s 2003 world champion, Petter Solberg) took a career-best WRC result in fifth overall with another Hyundai.

Pirelli’s new P Zero RA WRC HA hard compound asphalt tyre was the main choice for Monza: introduced last month in Spain already with an eye towards 2022, when the sport will undergo a technical revolution thanks to a new formula of hybrid power cars. The new hard compound proved to be well-suited to a very wide range of surfaces ranging from abrasive asphalt to slippery leaves, with the soft compound also used for stages held in particularly cool weather (sometimes in combination with the hard, using a cross pattern). Toyota’s Kalle Rovanpera was the only driver to use the snow tyres, putting on a great show on the final stage, although conditions remained dry.

Run on Saturday, this live TV stage was the only completely new stage and proved key to the outcome of the event, with Ogier taking the lead of the rally on each occasion. Featuring tight, twisty and abrasive asphalt, as well as a challenging series of hairpin bends, it was a classic mountain road (climbing to nearly 1100 metres) where the new hard compound tyres really made the difference.

Terenzio Testoni, rally activity manager: “First of all, a word about Sebastien Ogier and Julien Ingrassia, who will now stand down after this incredible achievement, following one of the most closely-fought rallies we can remember this weekend. It’s been an absolute pleasure to work with them as we returned to the WRC as single supplier this year, and their professionalism and dedication has undoubtedly raised the whole level. From a tyre perspective, Monza is one of the most demanding events of the year due to the sheer variety of the conditions, and the adaptability as well as the outstanding reliability of our new P Zero hard tyre was crucial to success. The soft tyre also played its role: particularly on the circuit stages, when there was very little time to warm up the tyres before starting. I’d also like to congratulate Oliver Solberg for his best WRC result, as we all look forward to his career as a factory driver next year. Most of all, I’d like to thank our incredible team at Pirelli, which managed to do the seemingly impossible and develop a brand-new range of tyres in record time in the midst of a pandemic to start this adventure. Now we embark on an exciting new chapter with the latest generation of hybrid cars from 2022.”

Monza presented a series of contrasting challenges, from the tight and twisty mountain stages to the cold, dark and tricky circuit stages: where grip was particularly critical with multiple surface changes and rapid changes of direction. Even on the final morning at Monza, Ogier clipped a concrete barrier that could have had very big consequences. Nonetheless, the wheel and tyre stayed up despite the considerable impact.

The WRC2 category was won by this year’s champion Andreas Mikkelsen (who was instrumental in the development of Pirelli’s WRC tyres during 2020) driving a Skoda Fabia. WRC3 in Monza was won by 2020 Italian champion Andrea Crugnola, driving a Hyundai i20, while Frenchman Yohan Rossel claimed the title in a Citroen C3. The Rally4 category was won by Andrea Mabellini in a Renault, while the Toyota GR Yaris Cup (a national championship in Italy) was won by Alessandro Ciardi.