Pirelli’s test campaign for the new 18-inch Formula 1 tyres that replace the current 13-inch size next year concluded yesterday at Paul Ricard in France, which hosted the final wet tyre test with Alpine and Daniil Kvyat. 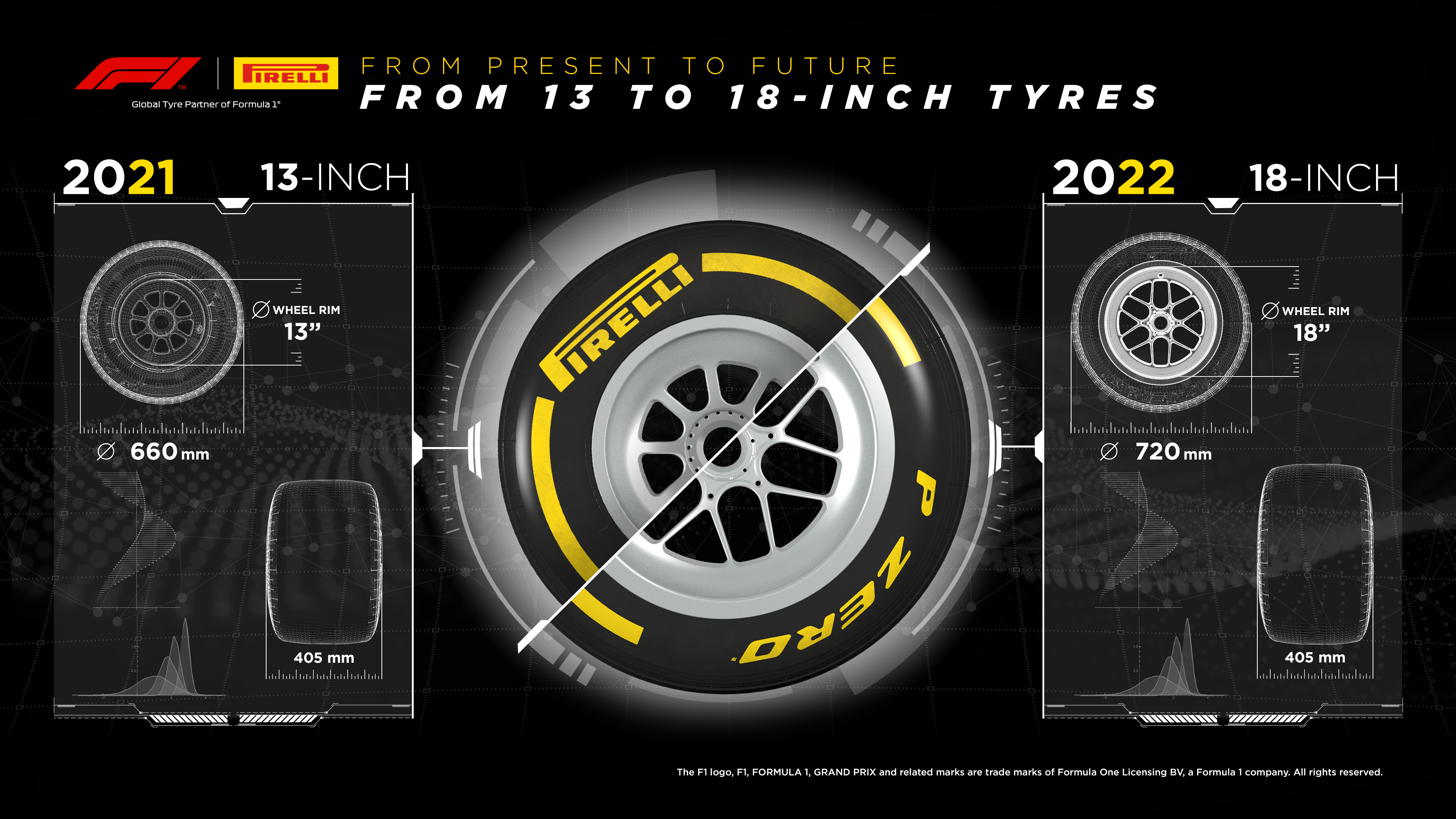 The switch to new low-profile tyres represents a technical revolution for the pinnacle of world motorsport, requiring an intense research and development programme that featured both indoor and outdoor testing. Compared to the previous-generation 13-inch covers, the move to 18 inches marks a clean-sheet design, with Pirelli’s engineers re-thinking every element of the tyre: from the profile to the structure to the compounds. There were 28 days of track testing for the new 18-inch tyres throughout 2021, making a grand total of 36 including the test days carried out at the end of 2019 and beginning of 2020, before a delay to the programme caused by the COVID-19 pandemic.

The development campaign for the new 18-inch tyres was a comprehensive operation from start to finish, involving more than 10,000 hours of indoor testing, more than 5000 hours of simulation, and more than 70 prototypes developed virtually, which resulted in 30 physical specifications tested on-track by the drivers. A total of 4267 laps were driven, making up more than 20,000 kilometres: around half the earth’s circumference. The numbers of sets used was 392, equivalent to 1568 tyres. 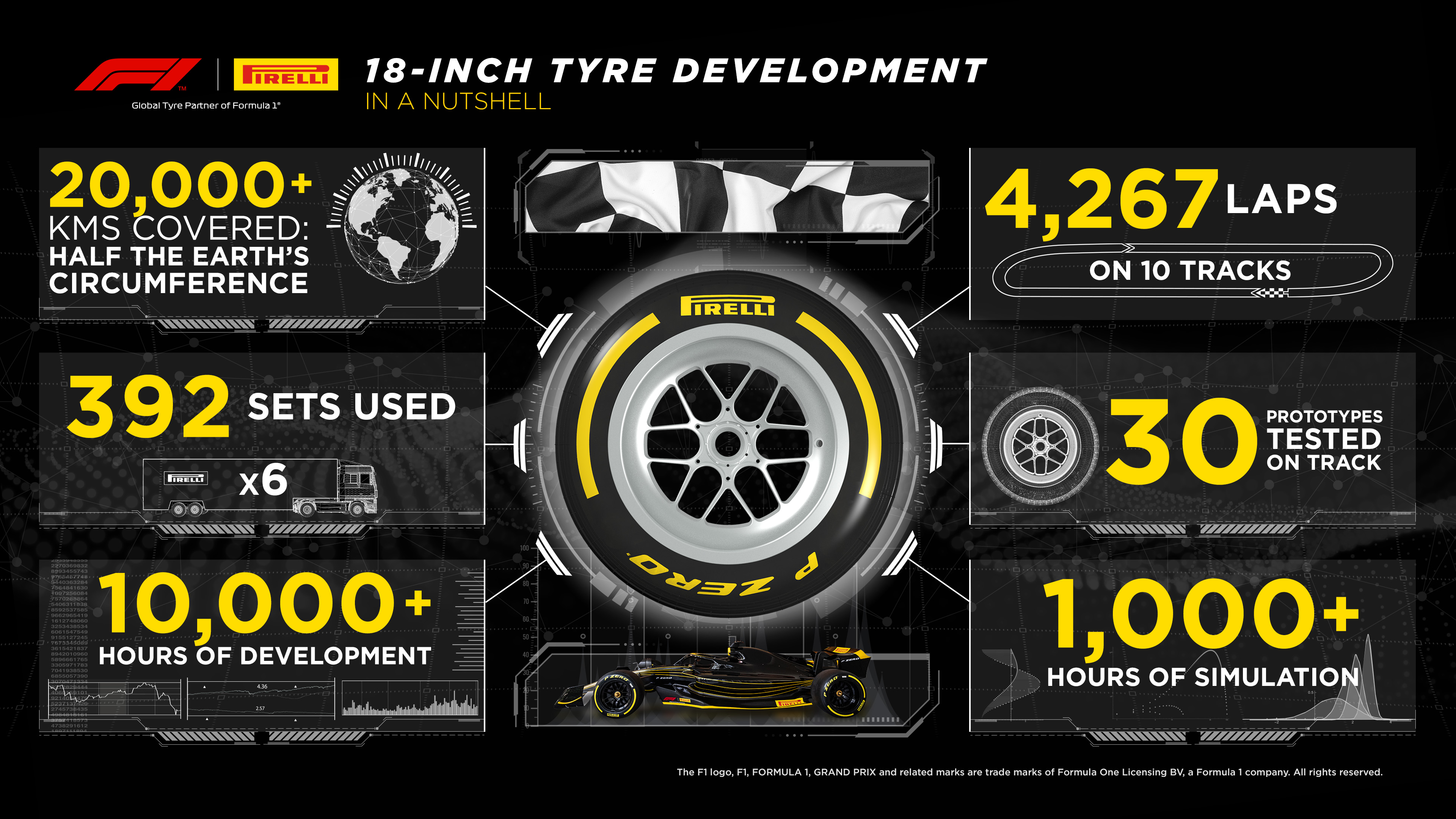 Nearly all the teams took part in Pirelli’s test programme along with 19 drivers: 15 of whom are regular competitors in the championship. The role of the drivers was crucial, with each one offering his own perspective throughout the different phases of development. This valuable feedback helped Pirelli evolve the new tyres step by step, taking into account the drivers’ comments and expectations.

“With this latest wet test we finally close our development schedule for the new 18-inch tyres. Last year, the COVID-19 pandemic meant that we had to revise our test programme entirely, cancelling on-track testing to concentrate on simulation as well as virtual development and modelling. This system of virtual screening helped us optimise the number of physical prototypes produced and return to on-track testing for 28 days throughout 2021. We started off the development process with the profile, before moving onto the base construction, and finally homing in on the five compounds that we will homologate for next year. The results obtained up to now have been arrived at with the input of the drivers currently competing in the championship, a vital aspect for us, albeit using mule cars. Next year, we will still have some test days at our disposal, which will allow us to fine-tune the 2022 tyre with the new cars if needed. Once the specification has been validated by the FIA, the drivers will have the chance to try out the definitive 18-inch tyres at the test after the Abu Dhabi Grand Prix, although we will have to wait for next year’s pre-season tests to see these tyres in action on the 2022 cars for the first time.”