Pirelli will once again have a significant presence at the Monza Rally this weekend: the traditional and hugely popular end-of-season celebration staged at Italy’s most famous motorsport venue. It will round out another fantastic season for Pirelli in rallying, where the Italian firm once again collected all of the titles in the European Rally Championship, helped Paolo Andreucci to a record 11th title in Italy and returned to the Junior World Rally Championship as exclusive supplier for the best up-and-coming young drivers.

The stars of the show: Monza always brings together big names from across motorsport, with the majority of the nearly 100-car field relying on Pirelli tyres.

The focus of attention will again be the VR46 team and its star driver, a six-time winner of the event and reigning champion, who will drive the title-winning latest-specification Ford Fiesta WRC for the first time.

Another star entrant switching from two-wheels is Tony Cairoli, a nine-time world motocross champion who has recorded his biggest successes on Pirelli tyres. A newcomer this year is Chad Reed, a multiple supercross and motocross champion from Australia, who like Cairoli will drive a Hyundai World Rally Car.

The world of car racing is represented by the likes of Marco Bonanomi and Fabio Babini, both winners in GT racing with Pirelli. Some of Pirelli’s most successful rally drivers will also be in action, including Andreucci in his Peugeot 208. Giandomenico Basso and Luca Rossetti, both multiple European champions who also won rally titles this year, will drive a Skoda and Hyundai respectively.

The route: The event consists of nine stages all held in the confines of the Monza circuit, including the Formula 1 track itself as well as access roads and the iconic banking that held races up until 1969. In total there will be 144.17 competitive kilometres, with historic cars taking on 108.89 kilometres.

The timetable: The rally begins with two stages on Friday afternoon, before four tests on Saturday and three more on Sunday before the finish at lunchtime.

The tyres: Pirelli will bring a range of asphalt rally tyres to Monza. These include the latest P Zero RK tyres that won titles around Europe in 2018, as well as the P7 Corsa Classic for historic cars, including the Lancia Stratos and Delta, as well as the Porsche 911.

Quotes: Pirelli’s rally activity manager Terenzio Testoni said: “As our home circuit, Monza is always a great place for us to celebrate the world of rallying at the end of another successful season. It also allows us to showcase our wide range of asphalt rally products, equipping a large number of cars driven by stars from across two and four-wheeled motorsport, many of them coming off the back of victorious seasons with Pirelli.” 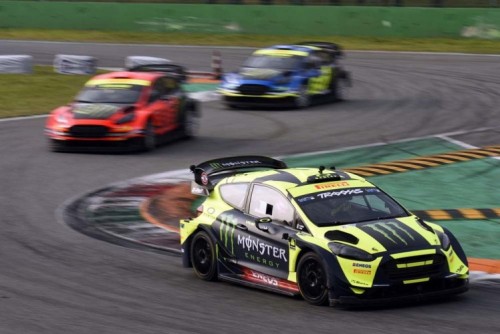