Pirelli confirmed an Official Tyre Supplier of the MXGP 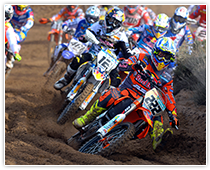 Pirelli renews the partnership with Youthstream, the organizer of the FIM Motocross World Championship, in order to confirm its role as Official Tyre Supplier until the end of the 2019 season. Pirelli is the only tyre manufacturer able to boast a Hall of Fame of 66 World titles (since 1980) in the most important international series for off-road motorcycles, thanks to the performances of SCORPION™ MX32™. The history of the Motocross Champions of the last 40 years has been and continues to be a Pirelli prerogative, winning numerous titles with the most important representatives of such discipline. Most noticeably 7 World Championships with Belgian legend Stefan Everts, 5 with the Italian Antonio Cairoli, 9 (3 each) with the Belgian riders André Malherbe, Eric Geboers and Jöel Smets and 3 more titles won with British rider David Thorpe. The most recent 3 titles were conquered with the Dutchman Jeffrey Herlings and twice with the Slovenian Tim Gajser, just to name some of the riders that over the years have decided to rely on Pirelli and with the Italian tyre manufacturer, have won their titles. 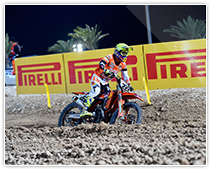 Besides the relationships with the riders, the collaborative relations that Pirelli has managed to establish with the motorcycle manufacturers has been crucial as well. As many as 18 World titles won with KTM, 16 with Yamaha and another 16 with Honda, besides the 10 with Suzuki, the 3 with Husaberg and the 2 with Cagiva, demonstrate the ability of the Italian company to produce tyres for any manufacturer. In particular, since 2008 until today, Pirelli has won as many as 14 World titles with the manufacturer from Mattighofen: five consecutive titles with Antonio Cairoli in MX1 and three with Jeffrey Herlings in MX2, besides the ones won with Ken Roczen, Marvin Musquin and Jordi Tixier.

Pirelli confirmed an Official Tyre Supplier of the MXGP
Newsroom