The Blancpain GT Series heads to the south of France for the third round of this year’s Endurance Cup: a six-hour race around the Paul Ricard circuit. Double the length of a regular Endurance Cup race, the event is seen as preparation for the biggest race of the year, the Spa 24 Hours at the end of July. Pirelli is also supplying the Blancpain GT Sports Club, which will have two short sprint races.

WHAT TO EXPECTLocated close to Marseille, the Paul Ricard circuit at Le Castellet features up to 167 different track configurations. The layout for Blancpain GT is 5.791 kilometres in length with 15 corners. The most notable feature is the 1.8-kilometre long Mistral Straight, which is followed by a high-speed right-hander at Signes that places heavy demands on the tyres.

ANY SURPRISES IN STORE?In three weeks’ time, Paul Ricard will stage a Formula 1 race for the first time since 1990 when it hosts the return of the French Grand Prix. In readiness for this, the circuit has been resurfaced, which is likely to reduce lap-times and affect tyre wear and degradation rates. The teams and drivers were able to get a feel for the new surface at the pre-season test in March. With Aston Martin claiming a surprise win last time out in Silverstone, anything could happen in France.

WHAT’S IMPORTANT TO KNOWThe race is scheduled to begin at 17:45 and run until nearly midnight, which means that track conditions will change considerably over the course of the race as the sun sets and temperatures fall. This may influence the teams’ strategies, as some might try to make the most of the faster track at the end of the race, in cooler temperatures.

Matteo Braga, circuit technical manager: “The Le Castellet race looks set to be the most challenging of the championship so far, as the Blancpain crews gear up to the Spa 24 Hours. The Silverstone race showed the effect of new asphalt on lap times, so we can expect a fast race in France as well, with the teams getting to grips with day to night conditions. Despite the very wide variety of cars and temperatures, our latest P Zero DHD2 tyres are designed to work equally effectively with all the different vehicle architectures in an ample range of track conditions.” 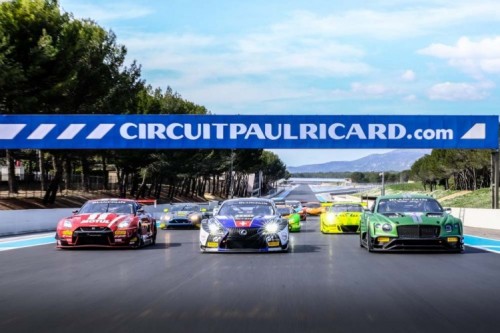