Pirelli continues to exclusively supply the FIA Formula 2 Championship again this year; for the eighth consecutive year. The opening weekend in Bahrain marks the introduction of a new car to the championship, complete with a new turbocharged engine, halo protection system, and extra downforce.

• High temperatures mean that thermal degradation can be a significant factor, particularly as the Formula 2 races will take place during the day, unlike Formula 1.

• The teams all took part in three days of pre-season testing at the circuit last month, so the race weekend could demonstrate who made best use of that running.

• This year’s Formula 2 tyres are similar to those used last season. The construction is almost the same, with just a few minor differences. The compounds are also very close to those used in 2017, but not identical.

• In Bahrain, the P Zero White medium and P Zero Yellow soft tyres will be available, as was the case at the same circuit last year. This represents the middle of the Pirelli range for Formula 2, with hard and supersoft compounds also available to be nominated during the season.

• Each driver has five sets of slick tyres to use over the weekend: three medium and two soft. They also have three sets of wet-weather tyres. During race one, where there is a mandatory pit stop, both compounds have to be used unless it is declared a wet race. Pit stops are optional in race two.

The 2017 Bahrain round was one of the most notable ever in terms of tyre strategy, as Charles Leclerc won race two in unusual fashion with a pit stop for a change of tyres mid-way through. From sixth on the grid, Leclerc fought his way to the front on medium tyres and built up a big lead before pitting for the soft tyres. He returned to the track in 14th place but was able to use the speed from the soft tyre to move through the pack within nine laps.

Mario Isola, Pirelli head of car racing: “There haven’t been any big changes to the Formula 2 tyres since last year, but we modified the construction slightly to take into account the new turbo engine – which generates more torque – as well as the increased front downforce of the latest F2 chassis. Bahrain is a circuit that’s all about traction, so the drivers will have to manage their rear tyres in particular. Strategy as always will be very important: Formula 2 drivers don’t have to start the race using the tyres on which they qualify, which opens up the possibility of different tactics. Charles Leclerc used an innovative strategy in the sprint race last year by making a pit stop. While it seems an unlikely option again, motorsport is a constant learning process for everyone, so I’m sure that all the teams will have paid close attention to see if they can learn anything from it for this year.” 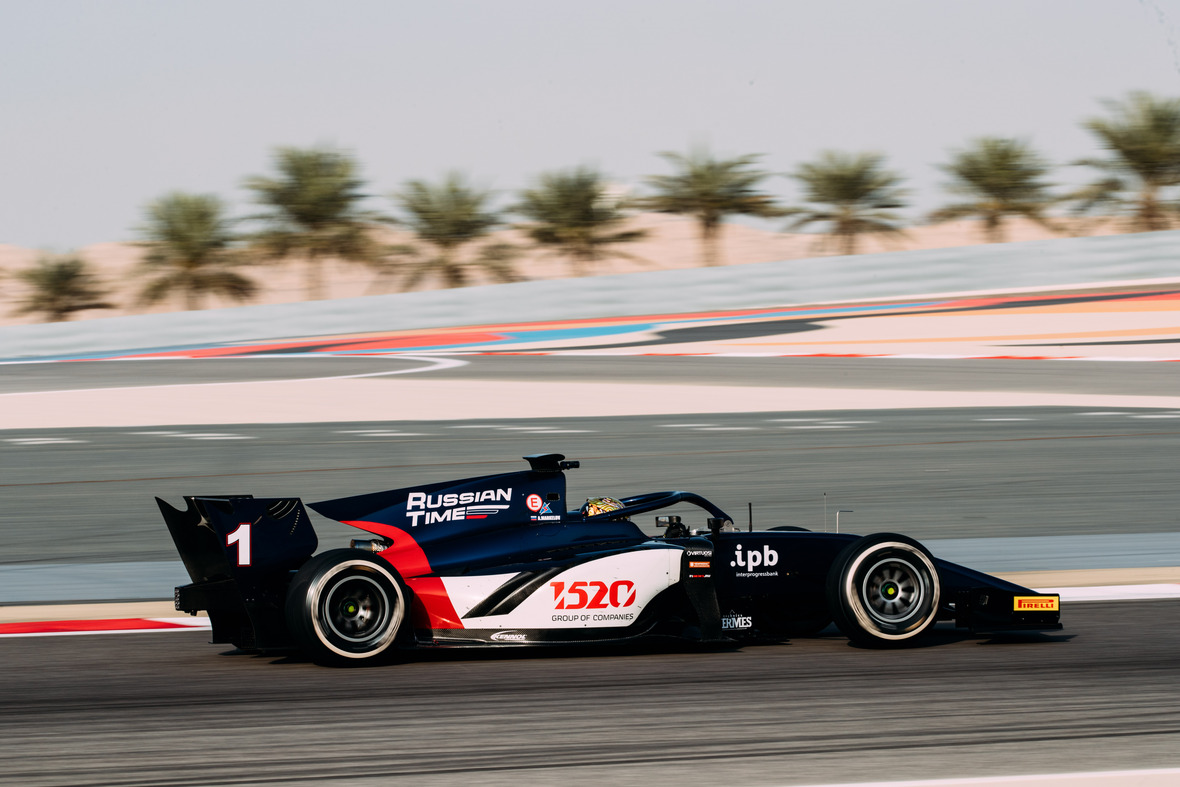