Pirelli hard and medium tyres for GP2 at Silverstone

GP2 and GP3 preview: Silverstone 28-30 June 2013 Silverstone – the second home of Pirelli - marks the fifth round of the GP2 series and the third of the GP3 series. For GP2, Pirelli has nominated the P Zero Orange hard and P Zero White medium compounds. For GP3, a brand new super hard compound will be available following Pirelli’s decision to create a more durable compound for the forthcoming races. This does not replace the existing hard compound, but is instead in addition to it. Only the one compound will be supplied to GP3 at every race as per the regulations. Silverstone is a high-paced, demanding track that challenges both man and machine, so the increased durability of the new super hard GP3 tyre will prove a welcome addition over the weekend. Pirelli’s racing manager says: Mario Isola: “We’re set for another busy weekend with the GP3 crews using the new super hard tyre for the first time in competition. The new GP3 car this season is a lot faster than first anticipated and after analysing the data we have reacted accordingly. Thanks to its increased durability, the new super hard compound will be ideally suited for Silverstone but tyre management will still be an important consideration. With the likes of GP3 drivers such as Tio Ellinas testing a Formula One car recently, it is becoming increasingly important to allow the drivers in our feeder series an even bigger chance to go closer to the limit. For GP2, we are bringing the hard and medium tyres – a combination we have not had in GP2 so far this year. Silverstone is a track that is quite abrasive in the parts that have not been resurfaced, and it demands a lot from the tyres, so the medium and hard compounds seemed the natural choice. We have seen a variety of strategies used this year already, and tyre management is set to play an important role once again this weekend.” 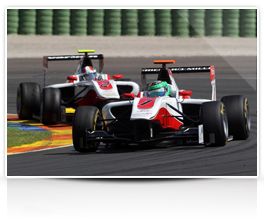 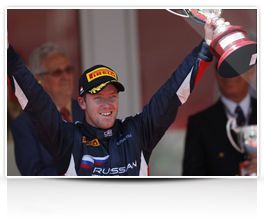 Pirelli hard and medium tyres for GP2 at Silverstone
Newsroom