Under the lights of the Losail circuit, two Kawasaki riders, Rea and Sykes, will challenge for the title: they will count, as will all the Superbike class riders, on two slick solutions for the front tyre and three for the rear among those most used and appreciated during the year

Qatar is the last round for the 2016 MOTUL FIM Superbike World Championship. The Supersport title has already been won at Jerez, where Kenan Sofuoglu triumphed for the fifth time in his career. Both the Superstock 1000 and European Junior Cup classes were also finalised. This means the production derived machine series now arrives in Qatar to decide the title in the Superbike class. The only riders still mathematically possible to win the title are both Kawasaki riders, Jonathan Rea and Tom Sykes, with the current World Champion Rea coming to the artificial lights of Losail International Circuit with a 48 point lead ahead of fellow teammate. 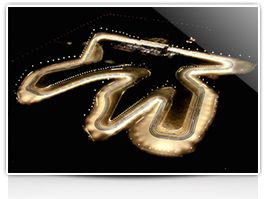 Inaugurated in 2004, about 30 kilometres from the centre of Doha, capital of Qatar, the Losail circuit was built in a year. For the third consecutive season, FIM Superbike World Championship races will be held during the night, thanks to the powerful and innovative lighting system that makes the entire track structure particularly attractive. The circuit is also, for the most part, surrounded by artificial vegetation in an attempt to limit the deposition of sand coming from the desert. In the first Friday sessions, riders are usually called to follow corners with constant lines to try to clean as much as possible the trajectory from sandy deposits off the asphalt. In this situation, front tyres remain on the same point, creating wear tracks, while the rear wear is evidenced by patches on the tread pattern. Losail International Circuit has not been resurfaced since its inauguration, so it now has a consumed surface that requires tyres with a good grip, able to compensate the one lost from the asphalt over the years. From 2014, the FIM Superbike World Championship has run the round in Qatar during the night, while until 2009 the Championship raced in the spring and during day-time. The track requires a good compromise between front stability during the hard braking phases and a good level of traction, especially on the rear, so as to properly set correct trajectories in the fast corners. The front tyre must be able to absorb the high power accumulated during braking, and at the same time counteract the high risk of crushing, while for the rear riders must choose a soft compound, able to effectively orientate the road surface and simultaneously provide adequate traction. The solutions for Superbike and Supersport classes Pirelli, while working on next year’s consolidation of tyre solutions, offers to Superbike riders four slick solutions for the front – two range, two development ones – and three for the rear, two of them a development one. In the Superbike class, for the front tyre riders can rely on two SC1 development versions: the famous S1699, the most used solution this season and always available this year. It provides a better support in the cornering phase, especially on a track like Losail. Another development solution available is the U0176, which compound is midway between a SC1 and SC2. This tyre made its debut this year at Assen, and it was also used at Misano, Lausitzring, Magny-Cours and Jerez. Other solutions are the SC2 and SC3 range ones. The first is an average hardness solution that is optimal to use with high external temperatures, because it provides resistance to the tread pattern and it confers a greater stability. The second one is the hardest solution among those available, which has proved to be particularly resistant while used on an abrasive surface. 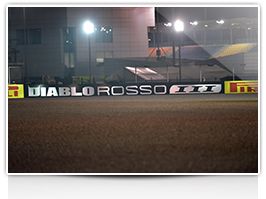 For the rear tyre, riders will instead rely on two soft solutions, as the SC0 standard, the ideal one for addressing smooth asphalt and high temperatures, and the SC0 V0377 development solution, which differs from the standard one for some structural changes. Also available is the SC1 V0007 development solution - this tyre presents the same compound of the medium standard one, but it has different technological solutions on its structure. Together with the standard intermediate solution DIABLO™ Wet, in the unlikely event of rain, Superbike riders will rely on DIABLO™ Rain both for the front and the rear. In regards to the Supersport class, there are three Pirelli DIABLO™ Supercorsa SC solutions for the front and two for the rear. For the first one there will be available the SC1 range one, which maximizes the footprint on the asphalt and its “presence”. The other two include the SC1 V0533 development, a solution which is midway between a medium and a hard tyre, and the SC2 standard, the ideal one with high temperature as it ensures stability to the tread pattern. For the rear tyre, Pirelli’s proposal focuses on two range solutions: SC0, which offers the maximum footprint on smooth asphalt and the maximum traction development at higher temperatures, and SC1, which can be used with particularly abrasive asphalt. The 2015 Pirelli statistics for Losail round