Alcañiz (Spain), 27 March 2017- Pirelli is back on track for the third round of the MOTUL FIM Superbike World Championship, which will take place at the Spanish track of MotorLand Aragón from Friday 31st March to Sunday 2nd April. The Spanish round will be particularly important for Pirelli for several reasons. Firstly, starting from the Aragón round, riders competing in the WorldSBK will rely on a new Superpole® tyre which, as usual, will only be available for the second Superpole® session, taking place on Sunday. Compared to the other qualifier tyres used so far, which were only able to guarantee one single timed lap, the most important feature of the new tyre introduced by Pirelli is its ability to provide the riders with more durability. Specifically a minimum of two and up to a maximum of four timed laps, depending, of course, on track characteristics. 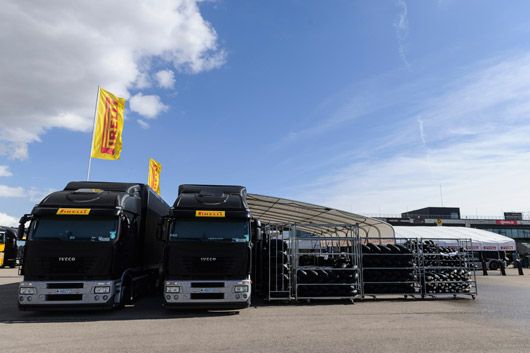 Moreover, as already seen last year, the tyre brand will be starring in its role as Event Main Sponsor of the renamed Pirelli Aragón Round. A sponsorship deal which, in addition to the consistent presence of the Milanese tyre brand alongside teams and riders, confirms Pirelli’s commitment and enthusiasm to keep investing in the in the production derived-series as a development platform for its tyres and as an international showcase for the brand. In addition to this, Pirelli has decided to sponsor the Spanish round to support the début of the FIM Supersport 300 World Championship, an exciting new development. Giorgio Barbier, Head of Moto Racing Activities, stated: “With the establishment of the WorldSSP 300 class, which Pirelli has been strongly supporting, a promising young rider is now able to make a first step in the World Championship to experience the tracks and learn how to work within a team, before moving to WorldSSP 600. From here, he will have the chance to move to STK 1000 and then the WorldSBK class. Or even, to other Championships with a very progressive and formative growth path. Until now, such a flowing path didn’t exist and, in addition, now more than ever, the Championship is more and more connected to the real motorcycle market, where smaller displacement machines are increasing exponentially. The starting grids of such classes are full and crowded with riders, and we expect many wild card requests, as the National Championships are following the example of the World Championship in terms of classes and regulations, just as it has been admirably set by FIM and Dorna”. Riders competing in the FIM Supersport 300 World Championship will be going on track with DIABLO™ Supercorsa 17 inch grooved tyres in SC1 standard compounds, for the front, and SC2 for the rear. As regards to the sizes, there will be four available: for all bikes the front tyre will be 110/70 ZR17 and the rear 140/70 ZR17, except for the Honda 500 which, due to their bigger rims, will fit 120/70ZR17 tyres for the front and 160/60 ZR17 for the rear. For the whole racing weekend and for every round the riders will have three front tyres and three rear tyres available. 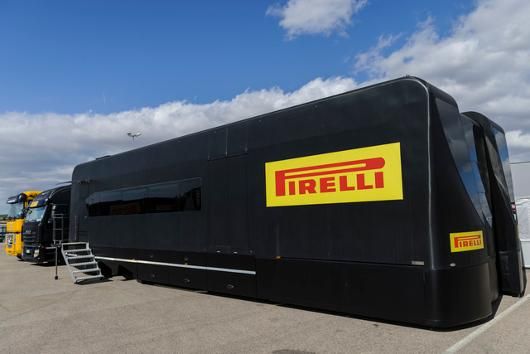 Following the exciting first two weekends of racing which took place in Australia and Thailand, the teams and riders of the production-derived Championship will challenge each other again on a track whose victory record belongs to Kawasaki. However last year some thrilling races ended with a double victory for Davies on his Ducati. The track was designed by the well-known German architect Hermann Tilke and, following its inauguration in 2009, has been hosting the production-derived Championship since 2011. As a result, in the 2017 season, the SBK teams and riders will be racing on the Spanish track for the 7th consecutive year. The Spanish track is characterized by the high level of abrasiveness of the asphalt affecting especially the rear tyres. The surface of the Aragón track has in fact a very marked roughness which will probably be combined by cooler temperatures, typical of the month of April. The possible presence of residual sand carried by the wind might further accentuate this abrasiveness. The sand that is deposited on the track surface prevents the optimal contact between the tyre tread and asphalt, and it might cause loss of grip and drifting towards the center of the corner. The rear solutions chosen by Pirelli for this track are consequently aimed at finding the right balance between stability and compound stiffness and the grip they can express when warmed-up. The front tyres, on the other hand, besides dealing with the wear caused by the asphalt’s abrasiveness, will have to cope with the heavy braking section on the straight opposite the pit lane. Also the steep slopes which put a high loading on the front tyre, just like the fast corners and the multiple changes of direction, where excellent precision and grip on the surface are required. The solutions for WorldSBK and WorldSSP classes This year Pirelli will bring to MotorLand Aragón 4766 tyres in order to meet the needs of the four classes of the Championship. As usual, all classes will be provided with dry, intermediate and wet tyres. In WorldSBK riders will rely on seven slick solutions, three rear and four front. For the rear, besides the standard SC0 and SC1, the medium development W0051 is a new development. Compared to the standard solutions, it features a different compound, which is meant to ensure more even wear and increased mechanical grip. As for the front, in addition to the solutions in soft and medium compound of the standard SC1 and SC2, there will be two development solutions in SC1 compound: the well known S1699 and the new-entry V0952, already tested by the riders during the winter tests in Jerez de la Frontera and Portimão. This last option features the same compound of the standard SC1, but with different structural solutions. 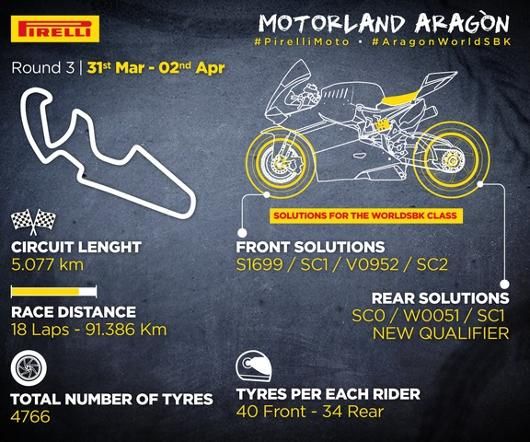