Pirelli in the Azores for new European Rally Championship season

A new season of the European Rally Championship begins with the Azores Rally, where Pirelli will once again be shining the spotlight on youth, supplying several top drivers in the main class for R5 machinery as well as all of those competing in the ERC Junior Under 27 category for two-wheel drive cars.

The challenge: Taking place on the island of Sao Miguel in the middle of the Atlantic Ocean, the Azores Rally is one of the most spectacular rallies in the world. The sandy stages are often narrow, leaving little margin for error, and the weather can change rapidly between sunshine, rain and fog.

The Pirelli drivers: Alexey Lukyanuk returns to the championship with Pirelli tyres on his Ford Fiesta R5 and begins among the favourites after leading the event last year. Pirelli equips a number of drivers in the ERC Junior Under 28 class, including the reigning Under 27 champion Chris Ingram and two-time German champion Fabian Kreim in Skoda Fabia R5s, with Pirelli-supported Italian Tamara Molinaro also stepping up in a Ford Fiesta R5 after winning the Ladies Trophy in 2017.

As well as exclusively supplying the ERC Junior U27 class, where 11 drivers are entered in the Azores in R2 cars, Pirelli is also well-represented in ERC2 including with last year’s champion Tibor Erdi Jr and runner-up Zelindo Melegari. A number of Portuguese drivers will rely on Pirelli, including Carlos Vieira, Jose Pedro Fontes and Bernardo Sousa.

The products: Pirelli will supply its Scorpion K and Scorpion KM gravel tyres. The soft compound KM6 in particular is likely to be popular on the sandy stages. The K6 will also be available for more compact stages, with the supersoft K8 on hand in case of rain. ERC Junior U27 drivers will be able to choose from the K6 and the harder K4.

The rules: Drivers in ERC1 (for R5 cars) and ERC2 (for Group N) can use up to 18 tyres during the event, while ERC Junior U27 drivers get a maximum of 12 tyres.

Key stage: SS6/SS9 Sete Cidades (23.87km). The longest and most famous stage of the Azores Rally, parts of this stage take place along the rim of a volcanic crater lake. There is no time for the drivers to admire the view, with the road almost as narrow as the width of a car in places.

Pirelli rally activity manager Terenzio Testoni: “The Azores is one of the most spectacular gravel rallies in the world, where having the right tyre makes a massive difference. One of the biggest challenges is the very variable weather conditions, which means that crews and tyres have to cope with both bright sunshine and heavy rain: often on more than one occasion in the same day. We’re delighted to see several young drivers make the step up to the top class of the European championship with Pirelli, in keeping with our philosophy, and we look forward to watching their achievements.” 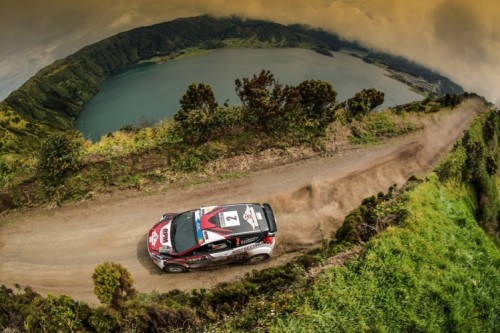 For further information about the Azores Rally, visit www.fiaerc.com