Pirelli is mathematically World Champion in MXGP and MX2 classes of the FIM Motocross World Championship and has also won the European titles in 125, 250 and 300 classes

With SCORPION MX32™ tyres Cairoli and Van Horebeek are fighting for Pirelli in MXGP, Tixier and Herlings in MX2; Brian Hsu won the title in the 125 class, Steven Clarke in the 250 and Samuele Bernardini in the 300 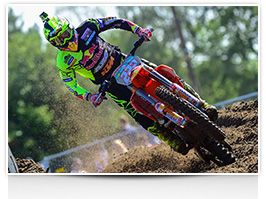 Pirelli is mathematically World Champion in the MXGP and MX2 classes of the FIM Motocross World Championship thanks to the service offered to its riders by SCORPION™ MX32 tyres. Thanks to these two latest successes, the Italian tyre company has now won 62 world titles in the FIM Motocross World Championship in the last 35 years. With two rounds still to go and only 100 points still up for grabs, in MXGP the battle is between Antonio Cairoli, already 7 times World Champion, and Jeremy Van Horebeek who, with a gap of 81 points is still, at least mathematically, fighting for the title. The MX2 contenders for the World Cup are two other Pirelli riders: Jeffrey Herlings, who is not competing at the moment due to injury but is doing everything possible to return for the final event of the season in Mexico, and his KTM teammate Jordi Tixier, who currently sits 57 points behind the Dutch rider. 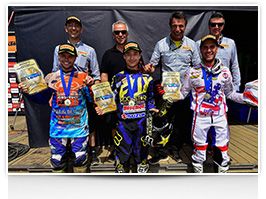 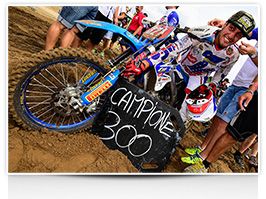 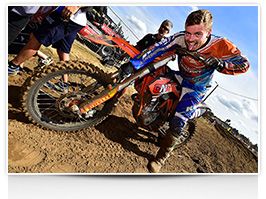 Some of the hardest and toughest terrain on the FIM Motocross World Championship calendar was conquered in MXGP by Antonio Cairoli, who took a step closer to confirming an eighth world title in Belgium. He now stands on the threshold of six titles in a row, capable of achieving this feat in the next round in Brazil on September 7th. Running SCORPION™ MX MidSoft 32F front and Soft 410 rear - a popular choice for virtually all the Pirelli racers at Lommel - the works KTM rider ran away with both motos. He also had to battle adversity that included a heavy rain shower in the last five minutes of the second race as well as some arm-pump during the first. With just two rounds of the 2014 campaign remaining, the Sicilian rider lies 81 points ahead of Yamaha’s Jeremy Van Horebeek; the Belgian landed heavily from a quad jump and cut his left eye (requiring three stitches). Just one week after taking victory in the Czech Republic, Lommel represented the worst race of the season for ‘89’ as he classified eighth. Second place overall went to Cairoli’s KTM team-mate Ken De Dycker, who rode to his best result of 2014 in what has been a tricky and injured-affected term. Fifth overall was countryman Kevin Strijbos as the Belgian lacked the power and rhythm to trouble the podium order on this occasion. With reigning champion and current points leader Jeffrey Herlings a spectator and nursing a recently operated left femur the MX2 title race is likely to go down to the final round as KTM team-mate Jordi Tixier classified an important second overall in Belgium. The Frenchman has sliced Herlings’ advantage to 57 points with 100 still left to win. Third place in MX2 went to Dylan Ferrandis, while Honda’s Tim Gajser could do not better than fifth. Pirelli is mathematically World Champion in MXGP and MX2 classes of the FIM Motocross World Championship and has also won the European titles in 125, 250 and 300 classes
Newsroom