Superbike, Endurance and Motocross World Championships, AMA Supercross Championship and British Superbike Championship among the most important events Switch to 17-inch tyres in all the national Pirelli control and open tyre championships In 2014, Pirelli will continue to be involved in many national and international motorcycle racing activities both on track and off-road while remaining faithful to the strong sporting spirit that has always characterised the Italian tyre brand. 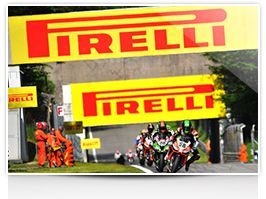 The Pirelli racing season this year opened on January 4 in Anaheim, United States, with the first round of the Monster Energy AMA Supercross an FIM World Championship of which, as recently announced, the Italian tyre company is an official "motorcycle tyre" sponsor for the period 2014-2016, as well as the official tyre supplier for teams Toyota/Yamaha/JGRMX and BTO Sports-KTM. In 2013 Pirelli triumphed in Supercross competition, in the Australian National Championship . Pirelli also continues its commitment as sole tyre supplier for all the classes of the eni FIM Superbike World Championship, which kicks off on February 23 in Australia. Pirelli has been been present in factory derived racing right from the start of the Championship at the end of the 1980s. However with the coming season it will be 11 consecutive years that the Milanese company has been sole supplier of tyres to the series, a unique experience which gives the brand the record of longest running and most successful control-tyre supplier in the history of motorsports at international level. 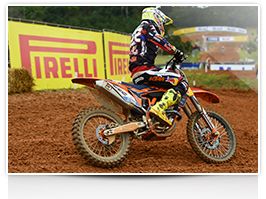 This year for the first time ever, in the premier class, which sees the presence already confirmed of 8 motorcycle manufacturers, the series will see on the grid the Superbike EVOs, while Pirelli will give its own contribution to maintain the high competitiveness of the Championship. From asphalt to off road, the commitment of Pirelli does not change: in the FIM Motocross World Championship, in which the Italian tyre company can boast 60 World titles, the SCORPION™ tyres will support many of the participating riders including 6 times World Champion Tony Cairoli and the new MX2 Champion Jeffrey Herlings. Both already winners together with Pirelli in their respective classes in the World Championship over the past two years. This year, the FIM Motocross World Championship starts on March 1 in Qatar and includes 18 rounds. Pirelli will also take part in the FIM Endurance World Championship, which kicks off on April 26 in France at the historic circuit of Magny-Cours with the Bol d'Or, having already won for two consecutive years the "Master of Endurance", which includes the two 24 Hours (Le Mans and Bol d' Or). Pirelli also achieved four consecutive victories at the 24 Hours of Le Mans Moto and triumphed at the Bol d'Or in 2012 and 2013, thanks to the fruitful collaboration with the Kawasaki SRC team. Pirelli will be also engaged in many competitions at local level, both as unique tyre supplier as well as in ‘open tyre’ classes. After the historic transition from 16.5-inch tyres to the higher performing 17” ones successfully introduced last year for the first time in the FIM Superbike World Championship, Pirelli has decided to provide all the national Superbike championships in which it is the sole supplier the new DIABLO™ Superbike 17-inch tyres, starting from the British Superbike Championship (including the Supersport, Superstock 600/1000, Triumph Triple Challenge and Ducati 848 Challenge) with which the Italian tyre company can boast a partnership since 2008. The riders of the British Championship will take to the track for the first round at Brands Hatch on April 18. Confirmed also is the commitment as a unique tyre supplier for the Stock 600 class of the Italian Championship (CIV) (as well as for the Honda Cup), for the Pirelli 600 category of France Superbike, Canadian Superbike and Supersport classes, Brazil Superbike Series. Also running Pirelli sole supply; the Superstock 1000 Cup in South Africa and in Costa Rica, in Malaysia for the Supersport Series. Plus the BMW CUP in Spain and Germany, the Aprilia Cup in Poland, the R125 Cup in the Netherlands and the 250 Cup of Taiwan. And now for the first time, Pirelli will also be the sole supplier of the Australian Superbike Championship in 2014. 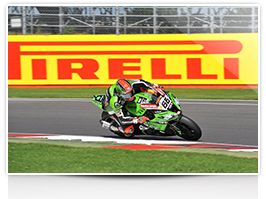 Thanks to the know-how and knowledge obtained in the control tyre Championships, Pirelli has always had a leading role also in open tyre championships and competitions. In 2013, for example, Pirelli won in Germany in the IDM Superbike (German National Championship) the Superbike class with 11 wins out of 16 races as well as the Supersport class by winning all 16 races and the Stock 1000 class. In the FSBK (French National Championship) it triumphed in the top class with 10 wins out of a total of 13 races, in the Italian National Championship (CIV) it achieved success by winning 8 out of 10 races in the Superbike class and 10 wins out of 10 races in the Supersport class. In addition to the aforementioned, Pirelli has won the Superbike class of the Belgian, Czech, Polish, Austrian, Cypriot and Finnish Championships as well as in the Supersport class of Netherlands, Spain, Belgium, Czech Republic, Poland, Austria, Bulgaria, Romania, Serbia, New Zealand, Finland, in the Alpe Adria Championship and East European Championship. All in all 31 titles were won by Pirelli in the open tyre national championships in Superbike, Supersport and Superstock classes last season. A record that Pirelli wants to match and exceed in 2014. "With the recently signed agreement for the sponsorship of the Monster Energy AMA Supercross our commitment in two-wheel racing activities now covers almost all the major motorcycle competitions," said Giorgio Barbier, Pirelli Moto Racing Director, "2013 has been for us a successful year not only in the championships in which we are the sole supplier but also in the open tyre ones, to show how the control tyre formula, when implemented correctly, offers benefits to the involved championships as well as to Pirelli who can develop innovative products that are not afraid of open tyre competitions. We are ready for the new challenges that await us in 2014 and we will continue to work in order to improve our products, both for the riders who use them all over the world as well as for all motorcyclists who daily have confidence in us by fitting Pirelli tyres to their motorcycles".