Pirelli is the ADAC GT Masters' only tyre supplier 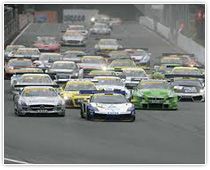 The ADAC GT Masters will have a new tyre partner for the 2015 season. Pirelli is the new and exclusive tyre partner to the Super Sports Car League. The Italian premium tyre manufacturer won the contract in a transparent and non-discriminatory tender procedure. Pirelli will be the ADAC GT Masters' only tyre supplier up to and including 2017. As far as the race schedule itself is concerned, the ADAC GT Masters is going for continuity with eight events and 16 races. The season will start, as is traditional, in the etropolis Motorsport Arena Oschersleben on the weekend of 17th-19th April 2015. The finale will be held at the Hockenheimring Baden-Württemberg from 2nd to 4th October, 2015. The Lausitzring, Nürburgring, the Sachsenring and the Red Bull Ring in Austria again form an integral part of next year's calendar. The ADAC GT Masters returns to the Formula 1 race track at Spa-Francorchamps in Belgium from 19th to 21st June, 2015. 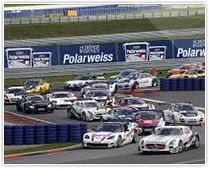 Moreover Pirelli will provide tyres for the first season of the ADAC Formula 4. The junior series makes its debut on the weekend of 25th/26th April, 2015, in the etropolis Motorsport Arena Oschersleben. The race schedule features a total of eight events, including up to two races in neighbouring European countries.

Pirelli is the ADAC GT Masters' only tyre supplier
Newsroom