Pirelli has already been the exclusive tyre supplier to the GP3 Series since 2010, and this season it will also supply the GP2 Series and GP2 Asia Series. As well as equipping these feeder categories, the leading Italian tyre firm will also be involved in Formula One for a three-year period starting from the 2011 season. 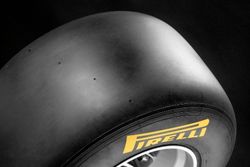 The 2011 GP2 Asia Series is just around the corner and Pirelli’s PZero tyres are about to take to the track in the heat of competition for the first time. The GP2 Asia Series marks the beginning of an exciting three-year period for Pirelli during which the Italian tyre manufacturer will support Formula One and its feeder categories, GP2 and GP3. The GP2 Asia official tests get underway at the Yas Marina Circuit in Abu Dhabi today. Twenty-six drivers and 13 teams will be on track for two group sessions running from 2-3 February and 6-7 February, prior to the start of the 2011 GP2 Asia season in Abu Dhabi from 10-12 February. The GP2 Asia Series is a one-make single-seater feeder category created to lead talented drivers into Formula One. While the GP2 Series takes place during European grand prix weekends, GP2 Asia runs during the GP2 off-season as a stand-alone championship at selected Asian venues. The inaugural season took place in 2008 and since then the GP2 Asia Series has become extremely popular as a high-profile promotional tool for motorsport in Asia. It also represents a valuable testing opportunity for current GP2 drivers. The 2011 GP2 Asia Series will be the fourth season of the category. It will consist of three rounds, all based in the Middle East. Every round will feature a practice and qualifying session, followed by two races. The first round will take place in Abu Dhabi from 10-12 February at the Yas Marina Circuit. The following two rounds will be held at the Bahrain International Circuit, from 17-19 February and 11-13 March, with round three a support race to Bahrain’s season-opening Formula One Grand Prix. Twenty-six drivers and 13 teams, two of which are new entries, will take part in the GP2 Asia Series this year. Pirelli will supply its newly developed 13-inch PZero tyres. Of the four types of dry tyre (hard, medium, soft and supersoft), Pirelli has nominated the medium compound for both Abu Dhabi and Bahrain. Being extremely versatile, these tyres are designed to be well-suited for the technical Yas Marina and Sakhir circuits – which will also experience a relatively high track and ambient temperature. Four sets of slicks and three sets of wets, if needed, will be allocated to each car per event. Pirelli will supply over 3,500 tyres to the GP2 Asia Series, including the official test sessions. Drivers have already had their first taste of Pirelli tyres on the new GP2/11 car during the shakedown test at the Le Castellet circuit in France last November. On this occasion the new compounds were tested for the first time by the regular drivers following an intense programme of private testing by Pirelli last year. Paul Hembery, Pirelli's motorsport director, commented: "We are very pleased with the tests so far and the excellent working relationship that has been struck up between our engineers and all the teams and drivers. Throughout last year, we were able to gather useful information and valuable suggestions, as well as some encouraging comments. We are very pleased with the reliability and stability of our tyres, meaning that we are going in the right direction. Thanks to the valuable experience gained throughout 2010, we are now ready to support GP2 drivers and teams with all our technical know-how and experience. It goes without saying that we’re all very much looking forward to the 2011 season, where we aim to be an integral part of the show.” 2011 GP2 Asia Calendar Pre-season test sessions: 2-3 February Abu Dhabi, Yas Marina Circuit 6-7 February Abu Dhabi, Yas Marina Circuit Race weekends: 10-12 February Abu Dhabi, Yas Marina Circuit 17-19 February Bahrain, Sakhir International Circuit 11-13 March Bahrain, Sakhir International Circuit