IT EXPANDS THE PIRELLI “GREEN” RANGE 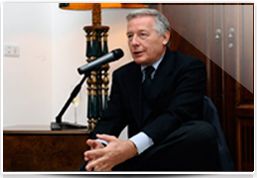 Pirelli presents Cinturato P1, the high-tech “green” tyre developed for small and medium-sized cars, which guarantees lower fuel consumption, performance on every surface and is environmentally friendly. The new addition to the Cinturato family was tested at its world premiere by the European media in Puglia, on a route winding through olive trees, beautiful villages and the Adriatic coast. Cinturato P1, soon to be launched also in Latin America and Asia, will be available on the European spare parts market by the end of 2011 in sizes ranging from 14” to 16” and has already been selected as original equipment by BMW. Cinturato P1 expands Pirelli’s “green” range, launched three years ago with Cinturato P4 and P6, for city cars and small-sized cars, and then enhanced by Cinturato P7, for medium-sized cars. The new Cinturato includes Pirelli technology developed for its Ultra High Performance tyres: Cinturato P1 was designed according to the already successful state-of-the-art standards of Cinturato P7, winner of major tests carried out by European certification bodies and the most influential specialized magazines. Cinturato P1 was, in fact, developed at Pirelli’s Research and Development center in Milan, where its Formula 1 tyres are also devised. The new tyre represents a synthesis of the eco-friendly experience gained by Pirelli through its “Green Performance” strategy and the technology developed by engineers to ensure top performance.  The DNA of Cinturato P1 thus summarizes the “green” characteristics of Cinturato and Scorpion Verde, the eco-friendly tyre studied for Suvs and Crossover vehicles, and the technology studied for the P Zero family. Safety, driving pleasure, attention to the environment and versatility are the four key characteristics of Cinturato P1, perfectly in line with new market requirements: performance seen as safety, energy efficiency and low environmental impact. Cinturato P1 is the tyre designed to comply with the coming 2012 UE Directive and label: in the first official tests, the new Pirelli tyre distinguished itself in terms of fuel savings and noise reduction, two key parameters to ensure a high “environmental score". Thanks to its 15% lower weight and the choice of innovative technological solutions, the new Cinturato achieves a reduction in rolling resistance of up to 25%.  Also in “green” terms, Cinturato P1 reduces external noise by 1,5 dB and inner noise by 1dB, improving ride comfort and driving pleasure. The P1’s eco-friendly character is matched by its high technological content: in some sizes, the new tyre is available also in the Run Flat version, which provides continual mobility. The new Cinturato reinforces Pirelli’s “Green Performance” strategy - “green” products accounted for 36% of sales in 2010 – and accounted for 27% of the total sales worldwide. This makes the Cinturato eco-friendly range the Group’s most important and one that is destined to grow, in line with the expected growth of the “Green Performance”. The eco-friendly Pirelli products have recently won awards in several markets and from the most influential magazines. Cinturato P7, in particular, received “best tyre” rating from the German magazine Autobild distinguishing it for wet and dry performance. Cinturato P7 obtained the highest overall evaluation out of 50 different tyre models taken into consideration for the tests. Cinturato P7 received also the “exemplary” rating from Autobild, distinguishing it for its durability and the “very recommended” rating from the European Auto Club (ACE) in collaboration with GTU in tests carried out in February. The tests, involving 7 different producers’ tyres, crowned Cinturato P7 as the best summer tyre in the category, for overall performance, safety and driving pleasure. The Scorpion Verde has also been successful and was judged tyre of the year in the 4x4 and SUV categories by the Spanish magazine Neumáticos y Mecánica Rápida. Scorpion Verde is the first eco-friendly high performance tyre developed by Pirelli for high environmental impact cars, such as Suv and Crossover vehicles. The performance and eco-friendly characteristics of Pirelli tyres are recognized and appreciated by major car manufacturers. The latest acknowledgment came from Toyota, which judged Pirelli as its best supplier in South America. Pirelli produces tyres for the Japanese car manufacturer in Brazil, where the Italian Group has five factories and a leading position in the production of original equipment and spare parts.