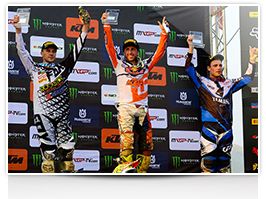 A double moto victory for Cairoli in MXGP while Herlings continues to lead MX2 The Pirelli SCORPION™ MX is firmly on the way to another championship title after victory in Thailand and rising to the top of both the MXGP and MX2 standings. In the premier class reigning number one Antonio Cairoli launched his campaign for an eighth crown in earnest after a fantastic double victory at Si Racha and regained the red plate as series leader. Racing with Pirelli SCORPION™ MX MidSoft 32 front and rear – like the other Pirelli runners in the field – the works KTM ace demonstrated that he has healed well from a recent ankle injury problem and defeated Suzuki’s Clement Desalle as well as debutant podiumee Yamaha’s Jeremy Van Horebeek. A clean sweep of the MXGP ‘box’ highlighted the excellent performance of the SCORPION™ MX across the red loose Thai soil that was sandy in parts and also hard-packed in others. Not much luck for the second works Suzuki ridden by Kevin Strijbos, who held fifth position in the second moto but dropped back due to a technical problem while Tommy Searle crashed and broke his wrist in the first sprint. 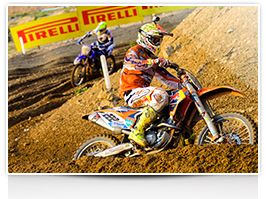 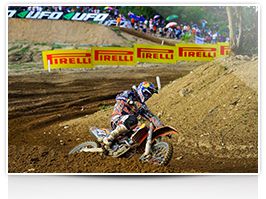 Another victory double was witnessed in MX2 thanks to factory KTM star Jeffrey Herlings who once again revealed his remarkable talent and strength as he goes for a third consecutive MX2 championship. He beat surprising countryman Glenn Coldenhoff who rose to second place on the Suzuki and gave the team and brand their first podium finish since 2010. Fourth overall was French revelation Dylan Ferrandis; the Kawasaki rider had beaten Herlings to Pole Position on Saturday but just missed the podium on Sunday. He was however able to consolidate second spot in the MX2 standings. Round three will take place on March 30th at Beto Carrero (Brazil). 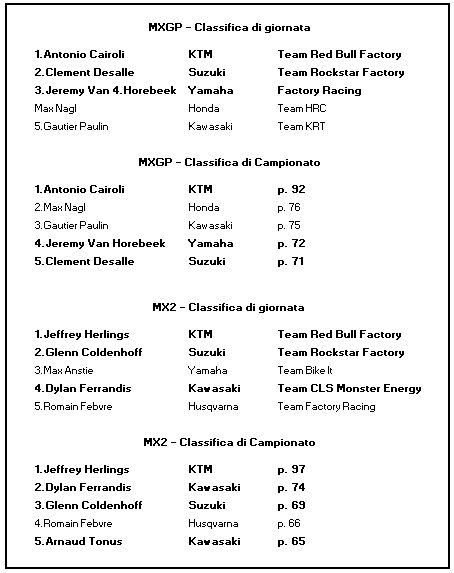