Pirelli makes promising return to the WRC in Monte Carlo 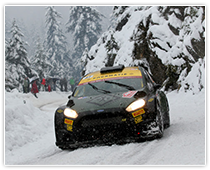 Pirelli enjoyed a solid return to the World Rally Championship in Monte Carlo which took place from 14th to 19th January. The Italian firm was sole supplier to the World Rally Championship 2008-2010 and then supplied the WRC Academy until 2012. Monte Carlo Rally’s outcome always revolves heavily around the tire choices at each stage of the competition.  This year road conditions ranged from dry asphalt to slush to heavy snow.  The tires available for the pilots to choose were the SOTTOZERO™, which comes in two versions -  studded and non-studded, and the RK, in the softest available compound (RK9). Highlight of the weekend was the remarkable third-fastest time overall of Swiss driver Olivier Burri with a Super 2000 car on SS3. Lorenzo Bertelli, on his debut in Monte Carlo Rally, finished runner-up in the WRC2 class, while Max Rendina won the Production category. Altogether, Pirelli took eight class victories out of the 14 stages that were run, setting a number of top-10 times overall without even having a car in the WRC class. The Italian company supported five pilots in the WRC2 category: former European champion Armin Kremer, Greek driver Jourdan 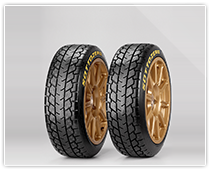 Serderidis, French driver Julien Maurin, Italian driver  Lorenzo Bertelli and 2013 Italian Production Championship winner Max Rendina and two pilots in the RC2 class: the Swiss multiple champion Olivier Burri and French driver Matthieu Margaillan. Pirelli’s next World Rally Championship outing will be the Rally of Sweden from February 5th till 8th, when the new SOTTOZERO™ Ice will be used for the first time.