Pirelli Official Tyre Supplier of the WorldSBK for two seasons 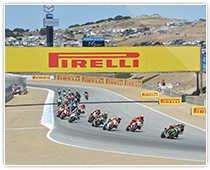 Pirelli has renewed its partnership with the World Superbike Championships for two more seasons. The Italian tyre company will be continue to serve as the official tyre supplier for all classes of the motorcycle racing series. Pirelli in agreement with Dorna, the promoter and organiser of the World Championship and with the FIM, the International Motorcycling Federation, has extended, as per contractual conditions, the current supply agreement, set to expire in 2018, for two further seasons. Started in 2004 and now in its 14th consecutive season, the technical partnership established by Pirelli with the Federation, promoter, teams and racers of the MOTUL FIM Superbike World Championships can already boast the record of the longest running control tyre supplier in the history of International motorsports. Right from the outset, Pirelli, realised that the production bike derived series was a great development platform for its tyres, therefore and decided to give the Championship production tyres. Undoubtedly, this choice proved to be one of the best: based on the motto "We sell what we race, we race what we sell". This confirmation in the role of Sole Tyre Supplier demonstrates the passion and dedication that Pirelli has always played in motorsport, confirming an important feature of the Italian company's DNA. The commitment placed in the control tyre championships however, has not deprived Pirelli of being leader also in open tyre championships and competitions. 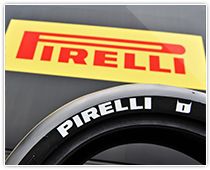 To remain faithful to the philosophy that has always characterised Pirelli's commitment and strategy in the FIM Superbike World Championship - to use production not prototype tyres - Pirelli in 2013, became the first brand to abandon 16.5 inch sizes, introducing new 17” DIABLO™ Superbike tyres, a size most commonly used by motorcyclists.