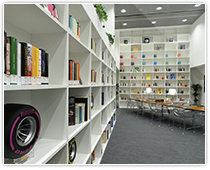 Not one, but three company libraries – one for each of the company’s locations in Italy – enter into the world of Pirelli. Forever attentive to the improvement of employees’ quality of life and working environment, the company inaugurated a library at its headquarters in Milan’s Bicocca area and one at its plant in Bollate, which will flank the one already opened with success inside Pirelli’s industrial hub in Settimo Torinese. Spreading culture by bringing books into factories and the work place has always seen Pirelli on the front lines. Important places of aggregation, culture and innovation, company libraries are born to encourage employees to read, get informed, gather ideas and compare notes. Factories and work places in general are special places where even culture is produced. Science fiction books, crime novels, best sellers, non-fiction books and children’s books represent the initial stock of around 3,500 volumes at Headquarters in Milan and plant at Bollate: a number which, when complete, will exceed 7,000 units. Many titles and different genres that go beyond the traditional idea of a company library destined to contain only volumes connected with the company’s business. 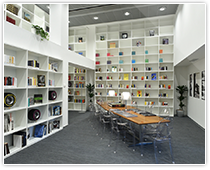 The opening of the new libraries is part of a tradition, which saw Pirelli open its first company library almost 90 years ago. It was in 1928, in fact, that the first library for employees enrolled in the “Dopolavoro Aziende Pirelli” opened and already counted close to 800 titles. For its researchers and engineers Pirelli had also created a Technical-Scientific library composed of around 17,000 volumes on the rubber and cables technology from the 1800s to modern times. This collection has been available since 2010 to the public, students and researchers at the Fondazione Pirelli.