Pirelli P Zero rides a rollercoaster of asphalt temperatures at Zolder: from three to 31 degrees for the first round of the Blancpain GT series

The 2018 Blancpain GT Series is go, with the first weekend of racing at the Zolder circuit in Belgium. This marks the opening round of the Sprint Cup for drivers and teams, with two 60-minute races on the schedule: Race 1 on Saturday and Race 2 on Sunday. There are 22 cars taking the start, with consistent ambient temperatures expected, but with asphalt temperatures that vary massively from three degrees centigrade in the morning to 31 degrees in the afternoon.

Fact of the day: the circuit hosts cycle races as well (and was the home of the Belgian Grand Prix on 10 occasions, up until 1984). 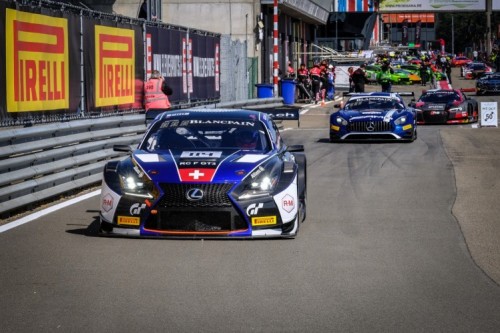 THE CIRCUIT FROM A TYRE POINT OF VIEW

Matteo Braga, circuit technical manager: “Among the peculiarities of Zolder is the weather: in the morning conditions tend to be cool and then temperatures climb higher. As a result, the teams have to manage a wide range of temperatures during the course of the day and in order to maximise the performance they have to pay particular attention to the warm-up. Furthermore, the level of competition in the Sprint Cup is very high. This means that managing the tyres is crucial when it comes to extracting every last tenth of performance.”

With a wide variety of temperatures throughout the day, a strong array of manufacturers taking part, the long corners in the first sector, and the rapid direction changes in the second and third sectors at Zolder, the track presents the ideal backdrop to confirm the conclusions drawn at the pre-season Blancpain GT test in Paul Ricard. Namely, the versatility of the new P Zero DHD2 tyres: the latest-generation tyres for GT competition, born from Pirelli’s experience as sole supplier to the Blancpain GT Series as well as other GT championships all over the world. The objective for Pirelli’s engineers was to ensure an even higher level of driveability in a wide range of usage conditions and on every type of competing car.