PIRELLI RACES AT NIGHT THROUGH THE DESERT

In line with its philosophy of constantly innovating to take on new challenges and initiatives, Pirelli is proud to support the inaugural FIA GT Nations Cup in Bahrain, which takes place on Saturday 1 December.

This new race is designed for nations to compete against each other on the track, using the GT3 machinery that is at the vanguard of GT competition throughout the world. As well as the main race, there is also the GT4 International Cup taking place, for less powerful GT4 machinery.

In total, 13 car brands will be represented between the two competitions: with Pirelli equipping many of these premium and prestige manufacturers on the road as well as on the track.

The league of nationsWhile the concept of the FIA GT Nations Cup may be new, the GT3 cars – and the Pirelli P Zero tyres – are similar to those seen on the Blancpain GT series all over the world, which takes in a championship in Asia and well as the well-known endurance and sprint titles in Europe. Each competing nation in Bahrain will enter one car with two drivers, but teams can enter cars for multiple nations. A total of 18 nations – so 18 cars – will take part.

What’s happening and when?The Nations’ Cup adopts quite a different format to other GT races. There will be two 60-minute qualifying races, one on Friday and one on Saturday, which will decide how the grid lines up for the main race on Saturday evening from 19:30-20:30. There will be one compulsory pit stop in the main race, with the winning drivers and their nation claiming the FIA GT Nations Cup.

Which tyres is Pirelli bringing?Pirelli will bring the P Zero DHD2, as was recently successfully raced in Macau recently. This is the first time that this 2018-specification tyre – an evolution of the DHD – is being raced in Bahrain. Pirelli’s Cinturato WH tyre will also be on standby in case of wet conditions, but this is very unlikely. The GT4 cars will use Pirelli’s DH tyre.

What's the circuit like?The Bahrain International Circuit was the first of the Middle Eastern Formula 1 tracks, inaugurated in 2004. It was designed by well-known track guru Hermann Tilke. It’s something of a stop-start circuit, which is all about traction rather than lateral loads, but the asphalt is quite abrasive. Having been built in the middle of the desert, one of the factors that can rob the cars of grip is sand on the surface. In fact, when Pirelli was testing there prior to entering Formula 1, one test was interrupted due to a sandstorm.

Where the World Cup meets motorsportThis is the first time that the concept of a nations cup has been seen in GT racing, but it’s not a new one to motorsport as a whole. The A1 GP single-seater series, which survived from 2005-2009 was all about nations racing each other, while a nations’ cup is a regular part of the annual Race of Champions (the reigning champion nation is Germany, by the way). The full list of 18 nations taking part in Bahrain this weekend is Argentina, Australia, Belarus, Belgium, China, Denmark, France, Germany, Hong Kong, Italy, Japan, Malaysia, Mexico, Russia, Sweden, Thailand, Turkey, and the United Kingdom. But unlike the football World Cup, they’re all already through to the final.

Quote:Matteo Braga, circuit technical manager: “In many ways, Bahrain is a similar situation to Macau, in that we’re taking our tried and trusted DHD2 tyres into an unknown context for the GT3 teams. While the Bahrain International Circuit is definitely more straightforward than Macau, it presents its own challenges with drivers having to understand the effect of the varying conditions. One of the key elements we face when designing our products is the need to give a good feeling to a wide range of drivers and cars to let them compete to the best of their abilities. We have a varied entry list this weekend – a sure sign of the success of the Nations Cup concept – but the new DHD2 is designed to work well with all of them, underlining its versatility as well as its performance.” 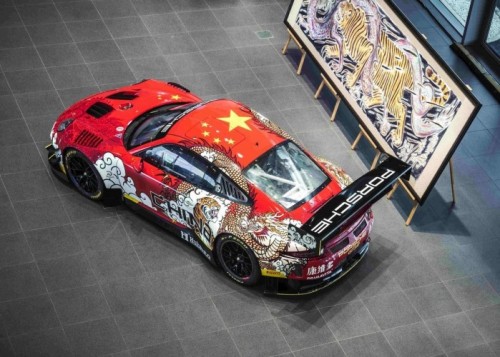 PIRELLI RACES AT NIGHT THROUGH THE DESERT
Newsroom