Pirelli races with Porsche in Austria and Australia 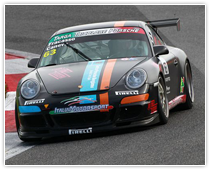 Already sole supplier to the Italian Targa Tricolore Porsche, Pirelli has been appointed sole supplier until 2015 to the Porsche Alpenpokal, that will see all versions of the Porsche 911, 964, 993, 996, 997 and 991 lining up for six races between April and October. In the meantime, the company with the elongated P has also become the official tyre supplier and presenting partner of the Porsche GT3 Challenge Cup Australia for the 2013 and 2014 seasons after its Australian distributor, Trofeo Motorsport, won the tender. The choice of Pirelli for the Porsche GT3 Challenge Cup Australia is based on the assessment of a set of criteria, most notably duration, performance, consistency, reliability, cost and service. After a careful examination of the data collected during testing at the Phillip Island Grand Prix Circuit in Australia, Trofeo Motorsport’s bid on behalf of Pirelli was considered the best of the three shortlisted. 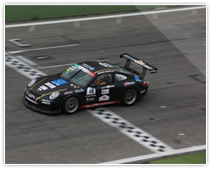 "Tyres are a huge element to racing and are a large portion of a season’s budget, so we wanted to make sure the decision we made was the correct one. Therefore, we tested the best tenders thoroughly at Phillip Island", advised Jamey Blaikie, Porsche Cars Australia Motorsport Manager.

Pirelli races with Porsche in Austria and Australia
Newsroom