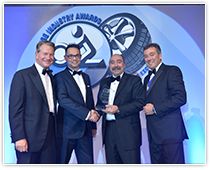 As the end of 2014 approaches, Pirelli is sweeping up awards, obtaining important recognition worldwide. The Italian company, for the second year in a row, was the only tyre manufacturer to be included in the “Global Compact 100” sustainability stock index, launched last year by UN Global Compact in collaboration with Sustainalytics. With a score of 99/100, Pirelli has also been recognised as leader on the “Climate Disclosure Leadership Index Italy 2014” (CDLI), an index evaluating the commitment of corporate strategies against climate change and the transparency of communication with the stakeholders.  Pirelli aims at reducing rolling resistance by 40% for its car tyres, by 20% in the truck segment and by 10% for motorcycle tyres by 2020 compared to 2007.  By 2020, Pirelli also plans to reduce specific CO2 emissions by 15% and the specific consumption of energy in its plants by 18% compared to 2009. Moreover, the British NTDA - the National Tyre Distributors Association - awarded Pirelli with the prestigious recognition “Tyre Manufacturer of the Year”.  And, always in the United Kingdom, Pirelli UK is among the finalists in the “Sustainable manufacturers" category thanks to a reduction of 36% in the water consumption last year. Lastly, for the 6th year in a row, Pirelli was the most mentioned brand by 59% of Brazilian men (Top Masculino category) and for the 12th consecutive year it was the most mentioned brand in the tyre category (46% of the interviewees). This was according to Top of Mind, the market research carried out by the Brazilian Datafolha Institute, now in its 24th edition.