Pirelli ready for the abrasive roads of Rally de Portugal

Milan, May 24, 2010 - The legendary Finnish rally driver, Markku Alen, has a saying, which is that "everything is possible". It was a particularly apt turn of phrase on Rally New Zealand earlier this month when the battle for supremacy on the world championship qualifier ebbed and flowed with astonishing frequency to the extent that the outcome was not decided until three corners from the end of the final stage, when Sebastien Ogier spun to hand the laurels to Jari-Matti Latvala. 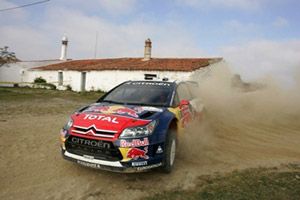 None of Alen's 20 WRC wins came in New Zealand but in Portugal, venue of round six of the series from May 27-30, no driver has won on more occasions than the former Fiat and Lancia factory pilot, who has been victorious in Portugal a record five times. Alen's maiden success in Portugal in 1975 was also his first in the WRC and was achieved using Pirelli tyres bolted onto a Fiat 124 Abarth. One year earlier, Pirelli took the first of its 13 wins in the country. It's no surprise that Alen still has fond memories of competing there. "I will remember the 1975 event the most because it was my very first win in the World Rally Championship and I was up against Hannu Mikkola in the same car," said Alen, who is practically an honorary Italian after spending more than 15 years driving for Fiat and Lancia. "I remember it as one of the hardest rallies I ever drove, with me and Hannu fighting for the lead all the time. Back then, the rally went on for about five days and the temperature was something like 40 degrees. We were very tired at the end but it did not matter as I had won for the first time and Hannu was second!" While Rally de Portugal has undergone significant transformation in the intervening years, including a wholesale move south to Faro in the country's Algarve region, two factors remain unchanged according to Alen: "The Portuguese fans are still the most enthusiastic in the world, which makes it a pleasure to go there and the stages are quite mixed and difficult, which means that you have to be good everywhere to win." The stages are actually some of the most challenging in this year's world championship. A mixture of medium-fast, open roads plus narrow and technical sections, the gravel tracks are characterised by their abrasive surface, which can lead to increased tyre wear, particularly in high ambient temperatures, which are being forecast for the duration of the rally. "Conditions look as if they will be hot and dry and that will be tough for the tyres," said factory Ford Focus driver Mikko Hirvonen. "On the second pass, once the loose stones have been swept away, the grip will be good, but abrasive, so we'll have to manage our tyres well." That's a view shared by Pirelli engineer Matteo Braga, who says the onus is firmly on the drivers to preserve the Pirelli Scorpion tyre, which is available in a hard compound only under the terms of the championship regulations and cannot be modified. "We saw in Portugal last year that some drivers would complete a stage with 40 per cent more wear than other drivers, even though the tyre is the same for all and they were not the fastest," said Braga. "Like Pirelli's road car tyres, the WRC tyre is designed to be very durable while maintaining a strong level of performance. On hard and abrasive roads we have to expect significant tyre wear and some damage to the tread pattern but it really does depend how the drivers use the tyres." Of the 75 drivers entered for Rally de Portugal, 71 will use Pirelli covers. Puncture risk is not as high as on some gravel rallies although Braga has said there could be some instances of deflations being caused by drivers damaging wheel rims on rocks, leading to a loss of air in the tyre. Rally de Portugal marks the second event of the season for the Pirelli Star Driver programme, a joint initiative between Pirelli and the FIA, motorsport's world governing body. It gives the opportunity for five promising young talents to contest six rounds of the World Rally Championship in identical Mitsubishi Lancer Evolution Xs backed by Pirelli and prepared by Ralliart Italia. The event is also a counting round of the FIA Super 2000 and Junior world championships. As part of its three-year deal as official supplier to the World Rally Championship, Pirelli also supplies the support championships: underlining the performance of the Italian rubber on a wide range of machinery as well as a wide range of different surfaces. Rally de Portugal starts with a superspecial stage in the Estadio Algarve near Faro on the evening of Thursday May 27. Crews tackle a total of 355.32 competitive kilometres before the finish in Faro on the afternoon of Sunday May 30.
Newsroom

Pirelli ready for the abrasive roads of Rally de Portugal