For the eighth of fifteen rounds scheduled this year, the brand of the long P will provide Superbike and Supersport riders with SC1 and SC2 tyres which are best suited to the features of the Russian circuit and to lower temperatures 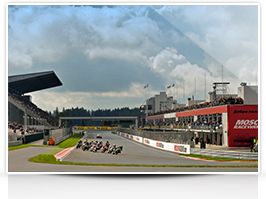 After last year's debut, Pirelli returns to Russia on the Moscow Raceway circuit for the halfway point of the eni FIM Superbike World Championship now in its eighth round of the season out of 15 planned for 2013. On the Russian track Superbike and Supersport riders will race plus participants of the Cup of Nations 2013. The general standings of the Superbike class is increasingly hard fought and at the top continue to alternate between several riders, including Tom Sykes (Kawasaki Racing Team), the current leader of the Championship having just returned from a splendid double win at Imola, Aprilia Racing Team teammates, Sylvain Guintoli and Eugene Laverty, and the BMW Italian rider Marco Melandri. In addition to the performances offered by the riders, this first part of the 2013 season gave satisfaction also thanks to the excellent work done by the new 17-inch Diablo Superbike tyres that so far have shown their qualities, contributing in a fundamental way to improve lap times and beat historical records. In Supersport, where riders used treaded tyres; Diablo Supercorsa SC, Sam Lowes (Yakhnich Motorsport) leads the standings with 140 points, but is closely followed by the riders of MAHI Racing Team India Kenan Sofuoglu at 106 and Fabien Foret at 85. The Russian circuit will also host the second of three stages planned for the Cup of Nations 2013, a trophy on Pirelli tyres sponsored by Russian tycoon Alexander Yakhnich and open to riders with a minimum age of 16 years. Pirelli guarantees riders a minimum of 1 set of dry tyres (SC1 front and rear) and 1 set of wet tyres for each race. At the front end, they will have Diablo Supercorsa SC2 compounds in range (R1031) size- 120/70-17, for the rear Diablo Supercorsa standard SC1 (R303) size- 180/60-17. 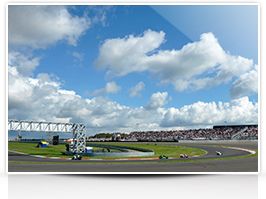 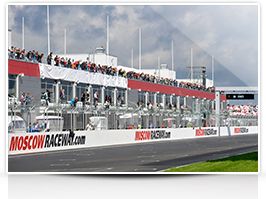