After last week’s MXGP success with Antonio Cairoli, the final round of the 2014 FIM Motocross World Championship in Mexico was the stage for Pirelli’s SCORPION MX32™ to celebrate its 62nd motocross title

One more success arrived for Pirelli SCORPION MX32™ in what was the final round of the 2014 FIM Motocross World Championship played out over the hard-pack of Leon in Mexico and in front of 30,000 spectators across the seventeenth and last fixture of the season. The MX2 title dispute went down to the wire with defending number one Jeffrey Herlings holding a 23 point lead over team-mate Jordi Tixier and opting to return early from a broken femur after only eight weeks. Herlings ran Pirelli SCORPION™ MX and decided only two days before the Grand Prix that he would try to confirm a third crown despite missing the previous three rounds and clearly in pain and unfit. The Dutchman gave it his best shot but his weak leg could not stand up to the punishment of the long jumps and he could only register 14th and 10th positions. The onus was then on the Frenchman. Jordi Tixier competed with SCORPION™ MX MidSoft 32F front and rear, like all other Pirelli riders, and claimed the championship with his second overall GP win thanks to victory and 3rd position on the day. In an excellent second place was revelation of the season, Tim Gajser, who owned the chequered flag in the second moto (for the second time in a week after his first in Brazil) used a 110/85-19 compound and also confirmed fifth place in the championship behind Frenchman Dylan Ferrandis who opted for a 120/80-19 rear tyre in Mexico as did Davide Guarneri in the MXGP class. 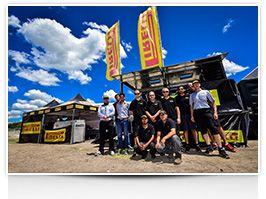 In the premier category Antonio Cairoli was competing fresh after toasting his eighth world championship the previous week in Goias and scored 3rd place in the first moto and was runner-up in the second race. Behind the Sicilian were other Pirelli riders: Kevin Strijbos, Jeremy Van Horebeek, Tommy Searle and Davide Guarneri. Cairoli also fronted the 2014 championship standings ahead of another three Pirelli racers in the forms of Van Horebeek, Strijbos and Clement Desalle respectively. 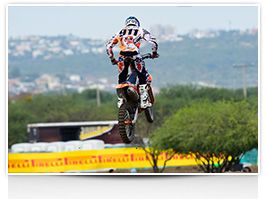 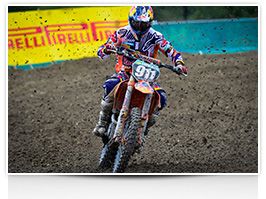 The motocross season will finish on 28th September when the best athletes and a host of Grand Prix teams travel to Kegums in Latvia for the Motocross of Nations.