Pirelli will supply Scorpion K gravel tyres to many of the drivers taking on Rally Finland’s fearsome and fast stages this weekend, including the up-and-coming stars of the Junior World Rally Championship, which is exclusively equipped by the Italian company. Pirelli recently signed an agreement to extend its support of the Junior World Rally Championship into 2019 as well, helping to bring on the next generation of young talent and consolidating its supply to all the principal Junior rally championships of the world, which is backed up by driver training and support.

The challenge: The smooth gravel roads of Finland are notorious not only for their high-speed nature – which makes the event the fastest on the WRC calendar – but also the many jumps and crests. Limiting mistakes is crucial, both because of the trees that line the route and the fact that time gaps are often very small.

The Pirelli drivers: There are 15 drivers entered in the Junior WRC in Finland, led by the points leader Dennis Radstrom of Sweden. Joining the field for his home event is Henri Hokkala, winner of the Future Rally Star of Finland contest. Pirelli also supplies a number of the R5 drivers including Eerik Pietarinen – who is currently leading the hotly-contested Finnish championship – as well as Fabio Andolfi, Benito Guerra and Murat Bostanci. Once again, the accent is firmly on supporting the rally talent of the future.

The product: The Scorpion K is designed to efficiently evacuate loose gravel and improve performance without compromising on durability. It is available in two compounds: the hard compound K4 and the soft compound K6. The weather in Finland tends to be hot at this time of year, leading competitors towards the harder compound.

The event: Rally Finland begins on the evening of Thursday 26 July with a short mixed-surface stage in the host city Jyvaskyla. There are a further 20 special stages over the following three days in a heavily-revised route, with nearly 65 per cent different to 2017.

Pirelli quote: Terenzio Testoni, rally activity manager: “Finland is well-known for its speed and its big jumps, both of which place important stresses on the tyres. Mistakes rarely go unpunished, so a feeling of confidence with the handling is essential: especially this year, as so much of the route is new. Once again, we’re delighted to support the rally talent of the future in the Junior World Rally Championship, which this year includes the Future Star of Finland: an award that has produced many stars of the sport in the past.” 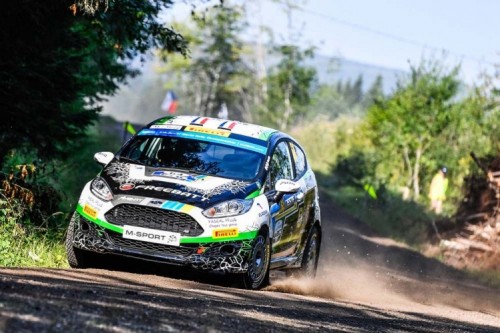