The sand of round eleven of MXGP sees Cairoli and Herlings claim victory in MX1 and MX2 Pirelli Scorpion MX MidSoft 32F front and Soft 410 rear were protagonists in all four classes of the Grand Prix of Latvia and round eleven of the FIM Motocross World Championship that took place on the hard-pack sand of Kegums and tested the technique and endurance of the riders to the full. 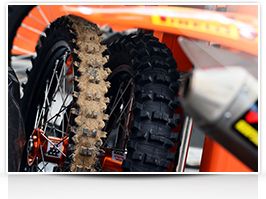 Antonio Cairoli further consolidated his lead in the premier MX1 series thank to his seventh victory of the season and led a factory KTM 1-2 ahead of team-mate Ken De Dycker; the Belgian confirming another two years with the Austrian squad on the same day as his fifth podium finish of 2013. Third place belonged to works Suzuki rider Clement Desalle, who is now just 18 points behind second-placed Gautier Paulin as the Frenchman could only take fourth overall in Latvia. Also in the top ten of MX1 with the Scorpion MX was Tommy Searle in 6th, Kevin Strijbos in 7th, Rui Goncalves in 8th and Joel Roelants claiming 10th. Jeffrey Herlings was again a major force in MX2 and scooped his ninth double moto haul of the season in what was his eleventh straight triumph. His latest success meant he equals the total held by Dave Strijbos and is now the joint most decorated Dutchman in the history of the sport at the age of 18. The works KTM rider finished in front of Spain’s Jose Butron and two other Pirelli representatives in the forms of Jordi Tixier and Petar Petrov, who secured a personal best GP finish with fourth overall. Bad luck befell Yamaha Monster Energy’s Christophe Charlier and CLS Kawasaki’s Alex Lupino with both suffering crashes in the second moto. Valentin Guillod was second in the fourth outing of the EMX250 series and ahead of fellow Pirelli runner Ceriel Klein Kromhof. The Swiss still controls the championship standings at the mid-way distance with a 10 point gap over Jeremy Seewer. 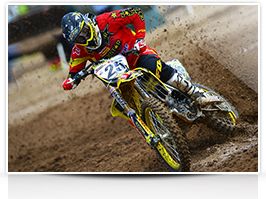 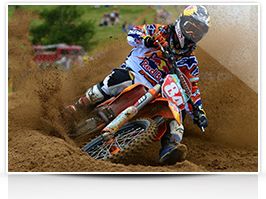 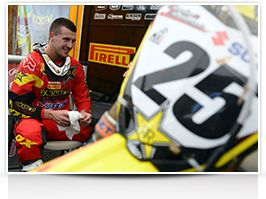 Round twelve will take place on July 14th with the Grand Prix of Finland ending the northeast European stint of the 2013 calendar. 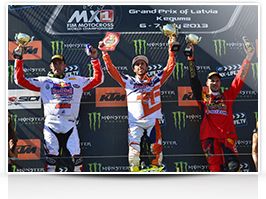