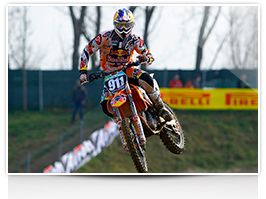 Tixier won the MX2, Desalle and Strijbos are on the MX1 podium The 2014 edition of the Starcross held for the 31st time into that considered as the most beautiful Italian motocross sand track, emphasized the performance of the Pirelli SCORPION™ MX tyres MidSoft 32F front and rear which have shown their special vocation for soft soils. In the MX2 class the SCORPION™ MX tyres excelled with the French KTM rider Jordi Tixier, who after confirming its credentials by winning Saturday's qualifying race reiterated its imposing superiority with good margin even in the three heats of the official race; also highlighted the young David Bonini, who secured the third overall position. Excellent performance in the MX1 class for the two factory Suzuki riders Clement Desalle and Kevin Strijbos who have secured respectively the second and third overall position, the first after winning the first moto and have placed second in the next two, the other one crossing the finish line always in third place. The international motocross takes now a week off before the Brazilian Grand Prix, which takes place on March 30th at Beto Carrero circuit. 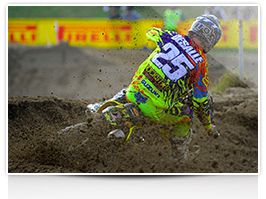 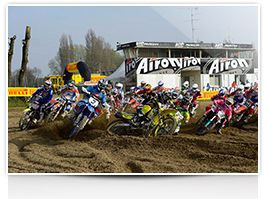