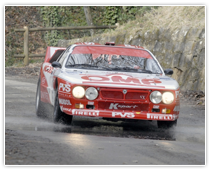 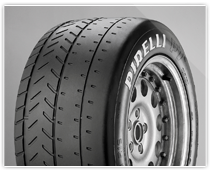 P7 Corsa Classic means that even the most awe-invoking rally cars can be driven safely and under full control. This tyre is available in the original sizes with a single tread pattern and three different compounds designed for dry, damp and wet conditions. In Sanremo, with fog, rain and slippery surfaces, Pirelli made the difference thanks to the W5 rain compound for wet conditions.