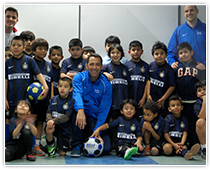 Offering all children aged 6 to 13 to have “the right to play”.  This is the objective of the first Inter Campus launched in New York thanks to the partnership between Inter Campus, Pirelli Tire North America and the Youri Djorkaeff Foundation. Inter Campus, founded in 1997, is a corporate social responsibility programme of FC Internazionale Milano. Since the first programme launched in a Brazilian favela, Inter Campus is now present in 29 countries around the world. Presented to the United Nations in 2012 by the Italian Permanent Mission to the UN, Inter Campus has been widely recognised as an effective, peaceful development tool and it has been actively involved in the activities of the Office of the Special Adviser to the UN Secretary-General on Sport for Development and Peace. The Inter Campus USA will be managed by the Youri Djorkaeff Foundation, an organisation run by the former FC Internazionale football player, and will respect the culture and the needs of the local community. The Inter Campus USA programme will start in the Inwood neighbourhood of New York City and will be dedicated to 120 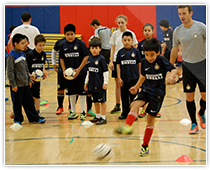 children aged between 6 and 13 and to four trainers/educators, who will receive periodical technical training by the Inter Campus staff. The children participating in the programme will receive official FC Internazionale Milano kits and access to training and mentorship from the educators also during the academic year. The program, in facts, expects to offer after-school initiatives and academic tutoring as well.