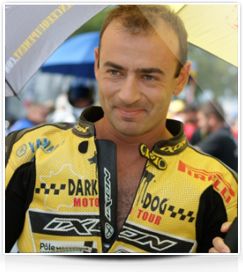 Denis Bouan (Yamaha - Dark Dog team rider) won the French Supersport Championship during the last round of the season in Albi on his Yamaha equipped with the Pirelli Diablo Supercorsa SC. This weekend, Denis Bouan (Yamaha) won the Supersport French Championship 2011 title in spite of the rain which tried to disturb the last round of the Supersport French Championship in Albi. Denis Bouan was already 22 points ahead from Matthieu Ginès and 24 points ahead from Louis Bulle before the beginning of the last two races of the season. Indeed, Denis Bouan was the best rider in terms of regularity this season and he was the only rider to score at every race this year. After the qualifications Denis Bouan was ranked at the fourth position, he finished the first race under the rain at a strategic 2nd position behind Matthieu Ginès and took a good option for the title. Concernig his team mate Louis Bulle, he fell down and definitely lost the possibility to win the title. 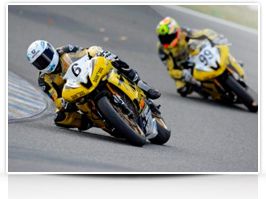 During the second and decisive race, Denis Bouan started with difficulty and he was only at the 8th position at the end of the first lap. After a really good race, he finished at the 4th position when Matthieu Ginès finished 2nd behind an incredibly fast Louis Bulle. It was enough for Denis Bouan to win the first Supersport French Championship of his life. Once again, the Pirelli Diablo Supercorsa SC made the proof of its ability to get grip in all conditions and on all racetracks. 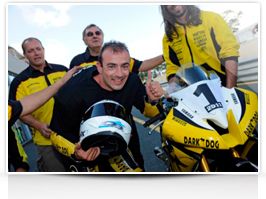