A little more than two months since the FIA WRC Academy intake was last in action, the young driver training series resumes next week with the fastest event of them all, Neste Oil Rally Finland (28-30 July). Based in the university city of Jyväskylä in the centre of the country, Rally Finland represents a huge test of commitment for the sport’s future stars as they drive flat-out over high-speed, tree-lined stages, where blind crests are commonplace. 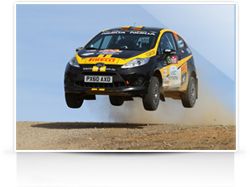 The stage surface in Finland is formed of compacted, albeit smooth gravel. While this is not as arduous as the rocky roads found on the island of Sardinia, venue for round two of the six-event FIA WRC Academy Cup, the rapid nature of the tests in Finland puts the onus on tyre wear. In order to counter this threat, Pirelli, the official tyre supplier to the WRC Academy, will provide crews with its medium-compound Scorpion K4 tyre to ensure a balance between endurance and high levels of grip in the event of rain, which can occur during Finnish summers. Each driver receives a total of 18 tyres for use during the pre-event test and the rally itself, which covers 18 special stages over a competitive distance of 278.28 kilometres. “Finland is the ultimate test for any young driver, just because of the speeds and the commitment involved,” said Paul Hembery, Pirelli’s Motorsport Director. “It's a rally that every driver wants to win – particularly the Academy drivers who are all out to prove a point. We've seen great performances from the drivers, cars and tyres this year but Finland is one of the biggest tests yet, because of the constant jumps and compressions. The tyres that we supply to the Academy have a particularly hard life, as the young drivers who are the stars of tomorrow push them to their limits to try and get noticed.” Seventeen of the sport’s brightest young talents will be on WRC Academy duty in Finland. They will all drive identical Ford Fiesta R2s prepared and run by the British M-Sport operation from a base in Poland and using Pirelli control tyres. After two rounds in Portugal and Italy, Estonian Egon Kaur heads Argentine Miguel Baldoni by 32 points in the WRC Academy Cup standings. Australian Brendan Reeves, one of six Pirelli Star Drivers competing in Finland, is third overall. Italian tyre firm and the FIA, motorsport’s world governing body, established the Pirelli Star Driver scheme in 2008 to unearth future young talents from across the planet. The other members of the programme are Fredrik Ahlin, Craig Breen, Jan Cerny, Andrea Crugnola and Molly Taylor. The first crew is set to cross the finishing ramp at 18:30hrs local time on Saturday 30 July. *** For further information contact: Anthony Peacock +44 7765 896930 anthony@mediatica.co.uk