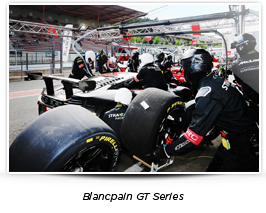 This weekend Pirelli will be present at the Hungaroring in Budapest for the Blancpain GT Series. This round will form the penultimate round of the Sprint Cup and follows the 24 Hours of Spa, an Endurance Cup round, which took place last month.

HTP Motorsport currently leads the standings with 54 points followed by Audi Sport Team WRT and GRT Grasser Racing Team both with 49 points so it is all to play for.

What's the circuit like? The Hungaroring in Budpest, Hungary is 4.381 kilometres long, with 14 corners. It has been part of the Formula 1 calendar since 1986 and is famed for being difficult to overtake on, which makes qualifying so important. The layout is tight and twisty, and ambient temperatures can also be very hot. The track was resurfaced last year, which has made the asphalt less bumpy and also faster than before. 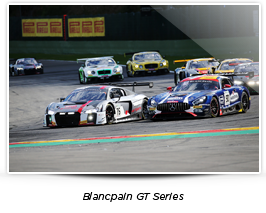 Which tyres is Pirelli bringing? Pirelli will bring its P Zero DHD tyre for the provisional Blancpain GT grid of 32 cars and Blancpain GT Sports Club grid of 17 cars. The WH tyre will be used if conditions are wet: a comparatively rare occurrence. This tyre has been designed to work effectively for all the cars on the grid and at this round eight manufacturers are represented.

What are the most likely race strategies? There are two races over the weekend, one qualifying and one main, lasting just one hour each. During the race teams must change driver and tyres during a specific pit stop window.

Quote: Matteo Braga, circuit activity manager: “As a sprint race the pitstop is crucial and the teams will need to adjust their approach from their last race, the 24 Hours of Spa. They will need to go flat out for the entire race so the tyres will run at full speed for a shorter mileage. This weekend the Blancpain GT races support the FIA European Truck Racing Championship, which means the track will offer a variable grip level depending on the actions of the truck sessions.” 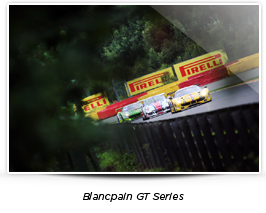 Blancpain GT Sports Club action gets underway tomorrow (Saturday 26 August) with free practice one at 10.45 and free practice two at 12.05. Qualifying also takes place on Saturday at 14.45 followed by the qualifying race at 18.15. The main race will run on Sunday 27 August at 10.45.