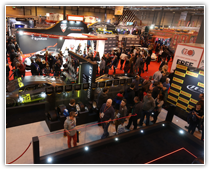 Pirelli presented every facet of its competition business at the Autosport International Show in Birmingham. The Italian tyre manufacturer’s stand showcased the wide variety of 2016 UK motorsport disciplines where it will feature. To celebrate the beginning of Pirelli’s involvement in British GT, the new Lamborghini Huracán GT3, from top UK GT team Barwell Motorsport, took pride of place on the Pirelli stand. This is the first GT3 car developed and built in-house by Automobili Lamborghini, with full customer service and support provided by Lamborghini Squadra Corse. Pirelli also continues in its role as the sole tyre supplier to the BRDC Formula 4 championship, providing both dry and wet tyres engineered to F4 specification. The new Tatuus-Cosworth F4-016 car could be found on the Pirelli stand. It is a significantly more powerful car with a more sophisticated aerodynamic package and increased downforce making it the fastest F4 car anywhere in the world. From the track to the world of rally, Pirelli renews its presence at a global and national level. Pirelli returned to WRC in 2015, having been involved in the series since its inception in 1973. 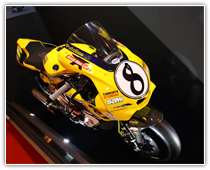 2016 marks the reinvigorated and re-launched MSA British Rally Championship (BRC). To celebrate Pirelli displayed Skoda’s latest rally car, the Fabia R5. The Fabia R5 is Skoda’s latest offering for leading rally championships all over the world and the car presented at the Autosport Show was equipped with Pirelli rubber. It didn’t stop there as Pirelli’s involvement in the World and British Superbike Championships was celebrated too. A 220bhp Yamaha YZF-R1 British Superbike was displayed at the stand, with riders from the squad also putting in an appearance. Best of British Motorsport