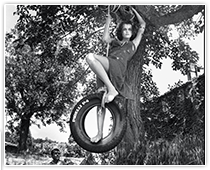 Published for the first time in 1964, the Pirelli Calendar is celebrating its half-century milestone in Milan with a series of initiatives and a special evening event held on November 23 in Pirelli’s contemporary art venue, HangarBicocca. Rather than issuing a new calendar for 2014, Pirelli has decided to celebrate The Cal™ by unveiling Helmut Newton’s 1986 Pirelli Calendar which to date has been kept under wraps in the company’s archives. The lengthy reconstruction work carried out by the Pirelli Foundation contributed to making this project possible. The Calendar was the brainchild of Pirelli UK Limited and from the start it has always been an exclusive gift and a powerful, renowned communication tool. The Italian and the British editions of the Pirelli Calendar were separate from each other in the mid-80s. The UK edition appointed the American photographer Bert Stern, while Helmut Newton was enlisted for the Italian edition. At the end Stern’s calendar version was produced in 1986 and Newton’s photo collection was stored in the company’s archives waiting for the perfect occasion to step in the limelight. In spring 1985 Pirelli did not impose the photographer any creative limits, the only task Newton was given was of including the Pirelli product in all of the shots: a completely new approach to the Calendar, in which little or no space was previously given to the tyres themselves. All photographs were shot in Monte Carlo and in the Chianti region of Tuscany and feature lovely ladies who seem to have stepped out of an Italian Neoralistic movie. When Newton had to abandon his project due to personal issues, his vision was completed by his faithful assistants Manuela Pavesi and Xavier Alloncle. Newton’s 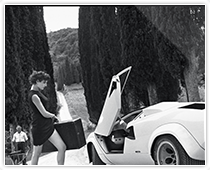 creativity and style are therefore recognizable throughout the Calendar’s shots. The 2014 Pirelli Calendar is therefore in line with the vision and layout of Newton’s 1985 project and comprehends 12 black and white fine art photographs and a series of 29 behind-the- scenes shots.