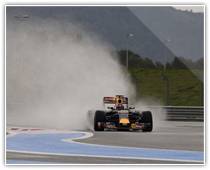 Pirelli completed the first test of the upcoming FORMULA 1 season at Paul Ricard circuit in the south of France, with the specific aim of developing the latest generation of full wet tyres. A total of more than 650 laps and 2,300 kilometres were covered by five drivers from Ferrari, Red Bull and McLaren. As this was a blind test, the prototypes did not carry any colour markings on the sidewalls, and the teams and drivers did not know which specification of tyres they were testing. All the cars ran in unaltered 2015 specification. Paul Ricard circuit’s sophisticated variable sprinkler system allowed Pirelli to test with different amounts of water on the track, in order to simulate a wide range of wet conditions. This meant that the drivers could try a number of full wet tyre prototypes, with different compounds and constructions compared to the existing 2015 Cinturato Blue. 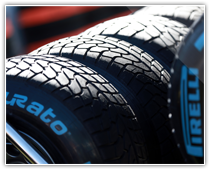 A wide range of data was collected that will subsequently be analysed at Pirelli’s headquarters in Milan. The development programme will now continue back at base, when Pirelli will compare each team’s telemetry with its own data, in order to obtain a full picture of every prototype’s performance. The next outing will be the first pre-season test of the year at Barcelona in Spain on February 22-25.