Pirelli wins in both Italian and European Rally Championship 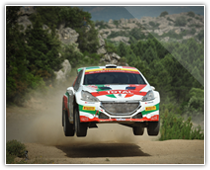 This year Pirelli wins all the titles available in the Italian Rally Championship and also clinches the European Rally Championship title with the Polish driver Kajetan Kajetanowicz. Pirelli tyres have proved to be successful on all sorts of different surfaces and different types of car. Pirelli has claimed the final trophy that is missing from its collection, with the Pirelli-equipped Peugeot Italia squad clinching its domestic manufacturers’ title. A podium place from nine-time Italian champion Paolo Andreucci on the all-asphalt Rally Due Valli – the final round of the series – was enough for Pirelli to clinch its 11th title on this year’s Italian series, considering all the different classes. For Peugeot Italia, it was a ninth Italian manufacturers’ title, and the second one with the 208 T16 R5. 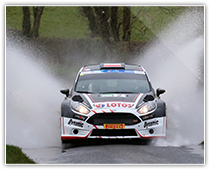 Kajetan Kajetanowicz, co-driven by Jaroslaw Baran, has clinched the European Rally Championship with one round to go, after winning the legendary Acropolis Rally in Greece at the wheel of a Pirelli-equipped Ford Fiesta R5. For the Polish driver it was a well-deserved triumph after an extraordinary season where he won on all types of surfaces, boosted by the performance and versatility of Pirelli tyres. Pirelli’s product manager Terenzio Testoni said: “Kajetan Kajetanowicz’s success is all the more significant because he managed to beat some factory teams; for us it’s a source of huge pride and satisfaction to have contributed to the European title with a private driver.”

Pirelli wins in both Italian and European Rally Championship
Newsroom