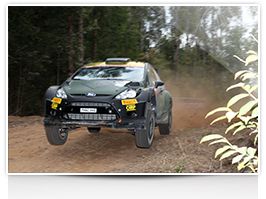 This year Pirelli returned to the World Rally Championship, but with a different objective compared to when the Italian firm was involved as sole supplier (from 2008-2010). The focus for 2014 was customer competition, enabling Pirelli’s privateer clients to compete at the very top level of world rallying. Following a thrilling season that took Pirelli’s customers from the snowy wastes of Sweden to the slippery mud of Wales Rally GB, here are some of the key numbers that characterised the 2014 World Rally Championship season: Total number of rally tyres supplied during the 2014 WRC season: 1857 Total number of gravel tyres: 987 Total number of asphalt tyres: 727 Total number of ice and snow tyres: 143 Total number of WRC drivers who used Pirelli tyres in 2014: 44 Total number of different types of Pirelli tyre used in 2014: 4 Total number of different compounds available: 7 (Scorpion hard, Scorpion soft, P Zero hard, P Zero soft, P Zero supersoft, Sottozero snow, Sottozero ice) Average tyre life in kilometres per set: 65 Now for the really interesting part… Total number of stage wins: 2 (Henning Solberg, Sweden and Great Britain) Only three other privately entered drivers managed to win a stage in a World Rally Car this year. Total number of titles won: 1 (Max Rendina, 2014 WRC2 Production champion) Total number of WRC2 class wins: 2 (Bertelli in Italy, Gilbert in France: Pirelli leads WRC2 standings up until the penultimate round) Total competitive kilometres on 2014 WRC: 4515.08 Highest average speed on 2014 WRC: Rally Finland, 122.09kph Lowest average speed on 2014 WRC: Rally Argentina, 86.37kph Longest stage of the year: Monte Lerno, Sardinia, 59.13km Shortest stage of the year: Monster Street Stage Guanajuato, Mexico, 1.01km Fastest stage of the year: Wieliczki, Poland (average 136.88kph) Slowest stage of the year: Salou, Spain (average 51.56kph) Other global rally and off-road championships won by Pirelli this year: 48 Pirelli’s motorsport director Paul Hembery commented: “We’ve been involved in the World Rally Championship since it was created in 1973, recently sponsoring schemes such as the Pirelli Star Driver programme and WRC Academy to underline our commitment to the series. During the first year of our WRC return this season, we demonstrated that our products can allow privateer drivers to show their speed by winning stages and titles, even though the number of entries we had was a fraction of those of our rivals. Away from the WRC, we’ve won titles in close to 50 other rally and off-road championships this year, including of course the Italian Rally Championship and other series across all four corners of the world. We’ve also won some fan-friendly events at home such as the Monza Rally and Bettega Memorial with Robert Kubica, and enjoyed the privilege of working with amazing brand ambassadors such as Ken Block, who used our tyres for his latest Gymkhana film as well as on the World Rally Championship.”