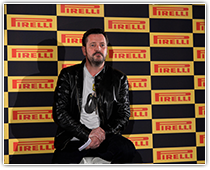 Pirelli’s motorsport legacy dates back to 1907, thanks to the victory in the Peking-Paris road race and this year the Italian company celebrates the 90th anniversary of its first Grand Prix victory ever, obtained in 1925. “While tyre technology has changed unrecognizably since then, competition remains firmly coded in our DNA. We continue to develop innovations that will one day be seen on the road, benefitting road safety as well as pure performance”, Paul Hembery, Pirelli Motorsport Car director, stated. During the 2015 Motorsport season, Pirelli aims at strengthening its presence in the Asia-Pacific region, while continuing to enhance the interaction between the track and the road. Pirelli is active in many racing series in the region, from the Ferrari Challenge to the Trofeo Lamborghini, from the Australian GT Championship to the Chinese Rally Championship. In Germany too, Pirelli reinforces the link between competition and the everyday road user. This year, in fact, Pirelli makes its debut in the German GT championship, run by premium sport cars as Audi and Porsche.  The racing series brings on track the equivalents of the prestige and supercars that Pirelli supplies with original equipment for standard road usage. The German GT championship is an important breeding ground for endurance champions of the future, while Germany is a key market for the automotive industry as a whole. Pirelli naturally continues its relationship with the Blancpain GT series, which has proved to be extremely successful, featuring classic events such as the Spa 24 Hours. Pirelli aims at strengthening its presence also in the Americas, which will host four rounds of the FORMULA ONE world championship this year. The most important events of the motorsport season are the Pirelli World Challenge in North America, open to a wide variety of cars ranging from MINIs to Porsches, and the Brazilian Stock Car championship, to which participate sport legends such as defending champion Rubens Barrichello. Pirelli’s motorsport strategy for 2015 focuses also on the support to new racing series such as Formula 4 and to initiatives providing young drivers entrée to professional racing. A priority for Pirelli in its motorsports engagement has always been the promotion of young talent as evidenced by the Pirelli Star Driver scheme and WRC Academy in the past years as well as its continued support of the GP2 and GP3 series, now including the Formula 4, which is designed to bridge the gap between karting and more advanced single-seater categories. Pirelli has supported it since its creation and the new championship is currently held in several countries all over the world with different engine, chassis and tyre manufacturers.